Trailer For “In Fear” 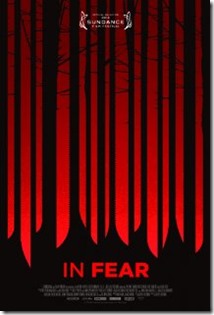 The trailer for Jeremy Lovering’s “In Fear” has been released. The film plays on fears created by such genres as Road horror and Survival thrillers. It stars Alice Englert as Lucy and Iain De Caestecker as Tom. "In Fear" will have it's UK debut at Sundance London.

Trapped in a maze of country roads with only their vehicle for protection, Tom and Lucy are terrorized by an unseen tormentor exploiting their worst fears. Eventually they realize they’ve let the evil in – it’s sitting in their car.