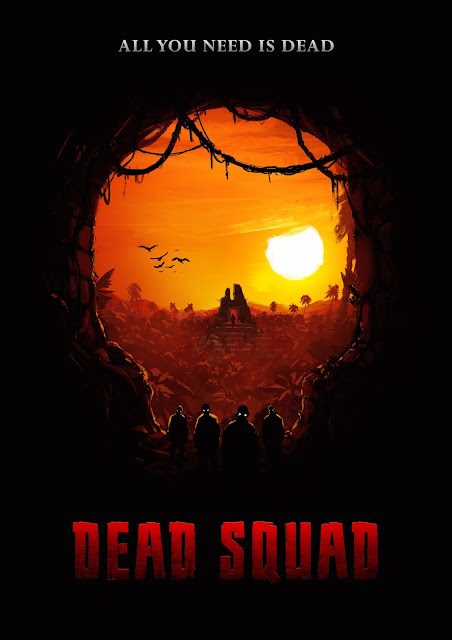 Movie Studio Bali has announced that it will produce upcoming gorefest "Dead Squad", which begins filming in February. This is the directorial debut of co-writer Dominik Hauser. "Dead Squad" will star Australian giant Conan Stevens. Check out the film's poster.

"Dead Squad" is described as a throwback  back to the fun gore-filled films of the early 80's. A group of young people fall prey to mysterious monsters while river rafting. After they become lost and stumble upon ancient ruins the splatterfest begins.


Christopher Hatton: “The film will to be a lot of messy, bloody fun. Dominik has a twisted vision and the creature effects being built by Movie Studio Bali are bringing it to life. Camp horror fans will eat this one up.”
Orlando Bassi: “I am thrilled to be working with Dominik and his team. We’re currently constructing the elaborate sets. It is all quite incredible.”