"My Name Is Myeisha" Release Date Announced For This January 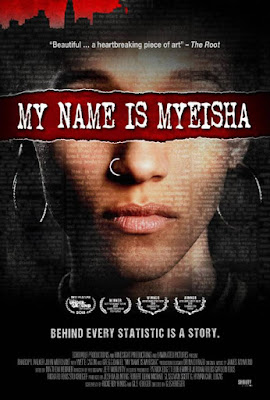 Based on true events, "My Name Is Myeisha" is directed by Gus Krieger and stars Rhaechyl Walker, John Merchant, Dee Dee Stephens, Dominique Toney, Alexander Brown-Hinds, Kate O’Toole, with Yvette Cason, and Greg Daniel. It is in select theaters and on VOD and digital, January 24th, with DVD/Blu-ray release set for the 28th.

The film chronicles the life of a young black woman in California’s Inland Empire. Set in 1998, Myeisha Jackson (screen newcomer Rhaechyl Walker) vividly recounts the events of her life leading to a fateful encounter with local police. Based on the internationally acclaimed, NAACP-award-winning stageplay Dreamscape by Rickerby Hinds, anchored by extraordinary performances from Walker and John “Faahz” Merchant, My Name Is Myeisha is a profoundly moving story of self-discovery and the moments that make us who we are. 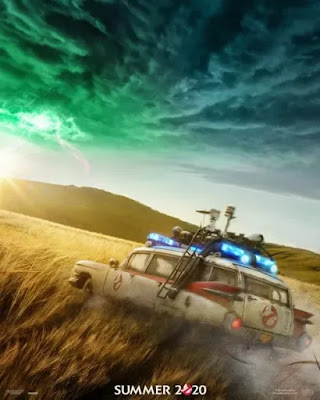 Check out the teaser poster and images for "Ghostbusters: Afterlife" released ahead of the sequel movie release date. On Monday, December 9th the trailer for the new "Ghostbusters" movie will go online. Joining original cast, reprising their roles, the film costars Paul Rudd as Mr. Grooberson, as well as Mckenna Grace and Finn Wolfhard as siblings Phoebe and Trevor, respectively.

When a single mom and her two kids arrive in a small town, they begin to discover their connection to the original ghostbusters and the secret legacy their grandfather left behind. 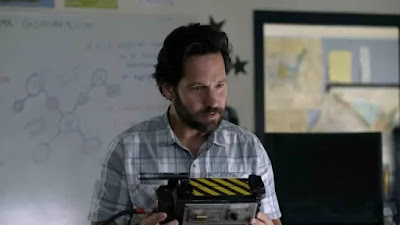 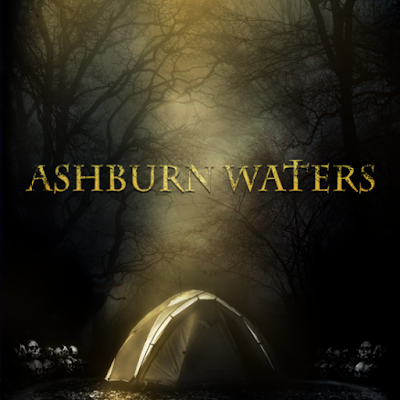 Ashburn Waters is written and directed by David Pether and stars James Grace, Kyal Scott, Maia Rose Michaels, and Graham K. Furness. The film is set to release in early 2020 in Australia. Check out the trailer and images released for the film. 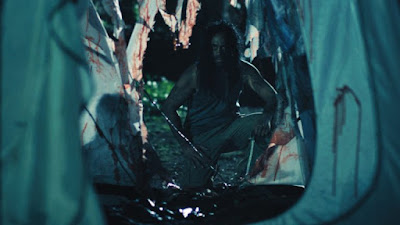 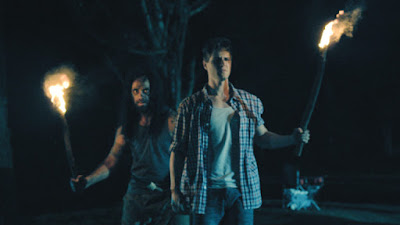 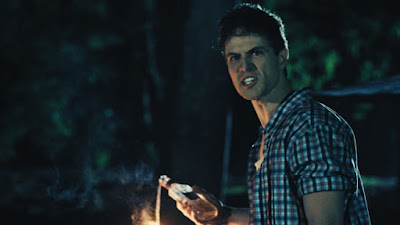 When his friends are murdered one by one at Ashburn Waters Campgrounds by an unseen killer, Brett must put aside the fact that his ex-girlfriend is flaunting her new love interest right in his face, to do what has to be done for the survival of the group. 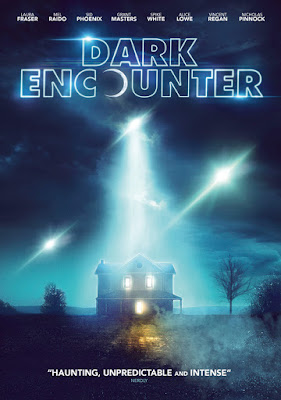 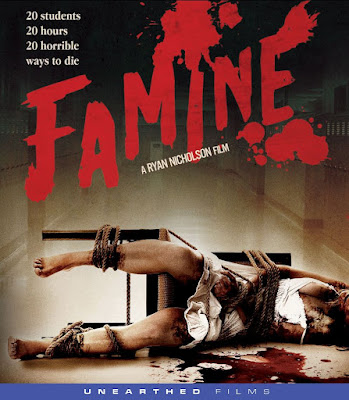 The film begins with a 24 hour famine. Taking place two years after a tragedy, someone unexpected has turned up to the fundraiser. Now, the participants are being stalked in the school's halls and rooms.
Posted by A Southern Horror Fan No comments: 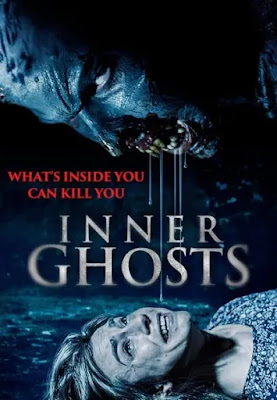 Poster (above), movie stills and the trailer have been released for upcoming horror "Inner Ghosts". The film is due out on DVD and Digital on January 7th via Uncork’d Entertainment. It stars Celia Williams, Elizabeth Bochmann, and Iris Cayatte and is directed by Paula Leite. 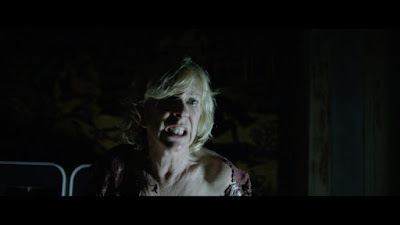 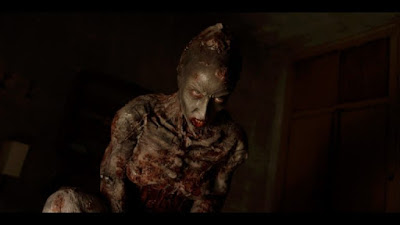 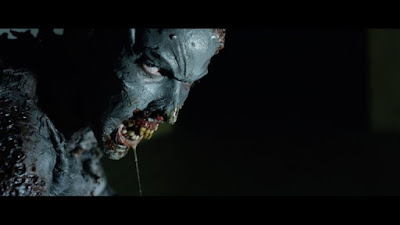 The 10-episode series follows police detective Ralph Anderson (Ben Mendelsohn), as he sets out to investigate the mutilated body of 11-year-old Frankie Peterson found in the Georgia woods. The mysterious circumstances surrounding this horrifying crime leads Ralph, still grieving the recent death of his own son, to bring in unorthodox private investigator Holly Gibney (Cynthia Erivo), whose uncanny abilities he hopes will help explain the unexplainable. 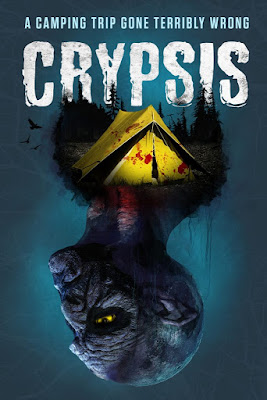 Three new clips have been released for upcoming creature feature "Crypsis". The film is written and directed by Paul Anthony Rogers and stars Rogers alongside Michael Armata, Anthony Hoang, Jordan Mitchell-Love, and Eddie Nason.  It is set to be released on DVD or On Demand on December 17th.

“A group of friends make a bet to survive on an island. Unbeknownst to them, a mysterious old creature begins hunting them throughout the night. What began as an innocent bet quickly turns into a fight for survival. As night falls, this becomes a fight to the death that no one had anticipated.” 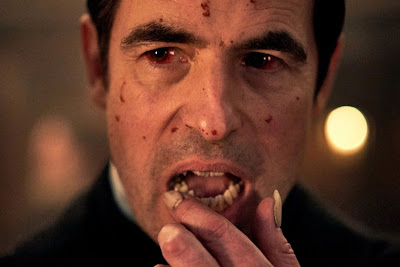 Set in Transylvania in 1897, the blood-drinking Count is drawing his plans against Victorian London. 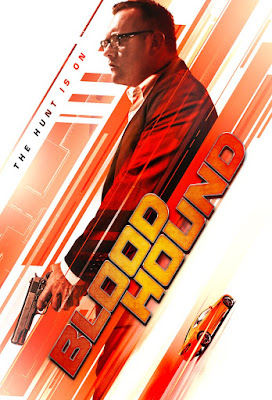 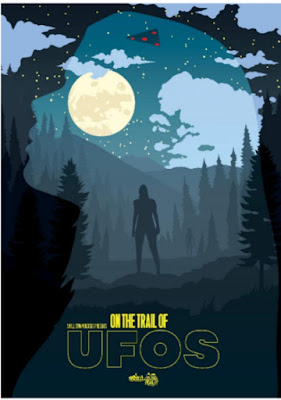 Small Town Monsters has released the first look at their new miniseries "On the Trail of UFOs".  The latest production from Small Town Media founder and director Seth Breedlove, "On the Trail of UFOs" takes an in-depth look at the current state of unidentified flying objects, and America's constantly-evolving relationship with the subject. With unidentified flying objects being written and talked about in major news outlets and behind closed doors in Washington D.C., Breedlove and series host Shannon Legro set out to document what is by far the most tumultuous point in the history of "flying saucers".

Breedlove recently signed a deal with Adam Wingard (Godzilla vs. Kong, The Guest) to begin developing concepts for new projects, with an eye towards production in 2020.  Breedlove's last foray into the episodic documentary arena was with 2019's On the Trail of Bigfoot, which became an Amazon best-seller and has been viewed over four million times.

The new trailer for "On the Trail of UFOs" includes a look at the wide array of interview subjects and locations.

"On the Trail of UFOs" takes viewers from the gates of Area 51 itself, to the snow-capped White Mountains of New Hampshire. Filming took place across the United States, including New York City, Phoenix, Sedona, Los Angeles, Orlando, and Las Vegas. The team interviewed numerous witnesses and investigators of unknown aerial phenomena, including those who claim to have been abducted and experimented upon by real aliens. No stone was left unturned in putting together what Breedlove believes to be the most comprehensive look at the subject ever filmed.

Stephen Gallacher’s Homeless Hero Out For Payback In "NOTHING MAN" 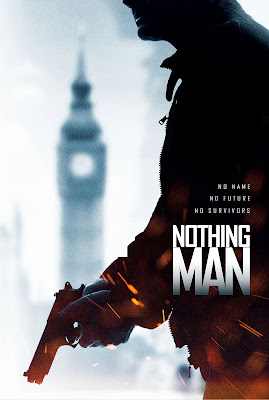 Stephen Gallacher’s homeless hero out for payback in NOTHING MANFrom director Stephen Gallacher, and in the tradition of Hard Target and The Most Dangerous Game, comes the nail-biting crime thriller Nothing Man. 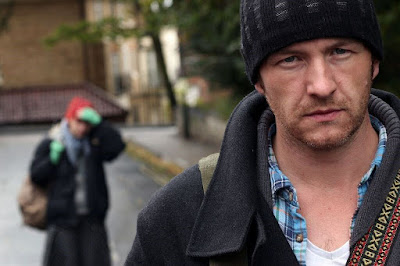 Available January 14 2020 on DVD and Digital, the film stars Daniel Hall as Noam, a frightened amnesiac who has taken himself away from society, living life as a homeless man. When his only friend is murdered in cold blood, Noam sets out in search of justice and truth, but at the cost of unlocking his own checkered past. 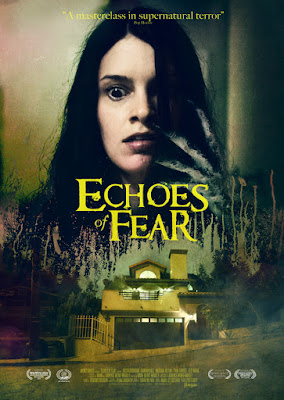 ECHOES OF FEAR - Trailer from Jinga Films on Vimeo.
Posted by A Southern Horror Fan No comments: 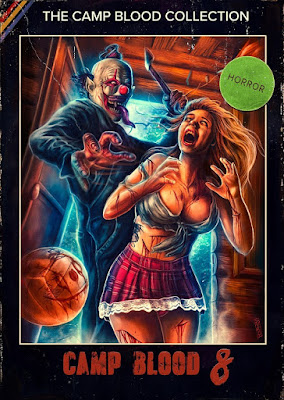 THE KILLER CLOWN OF CAMP BLOOD SLASHES BACK INTO YOUR HOME IN NEW CAMP BLOOD 8, AS LIMITED EDITION BOX SET OF THE ENTIRE FRANCHISE DEBUTS
LOS ANGELES – Sterling Entertainment is pleased to announce the release of Camp Blood 8 as part of a new 10 movie, 9 disc Camp Blood Collection Blu-Ray box set containing the entire independent slasher horror franchise, available now.
In Camp Blood 8, the clown is dead and the killings have stopped. When a female volleyball team's vehicle breaks down in the woods near the infamous camp, they soon learn the son of the original killer clown, spurred on by his deranged mother, has picked up his father's machete, ready to slay any and all trespassers. As the team's coach leads them on a daring escape with deadly consequences, the survivors begin to suspect one among them is hiding something that may only draw them closer to the deranged killer's blade. 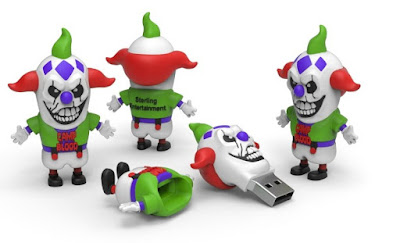 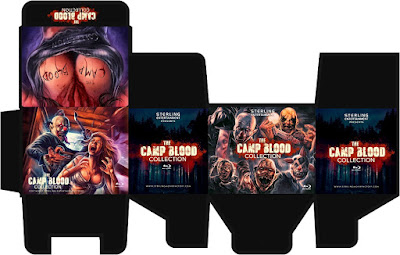 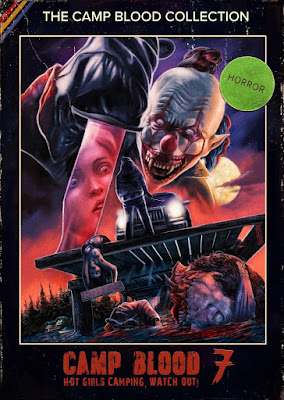 RED HANDED Will Be Available On Demand Tuesday December 3rd 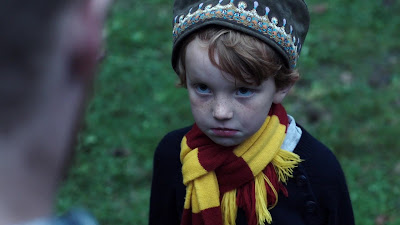