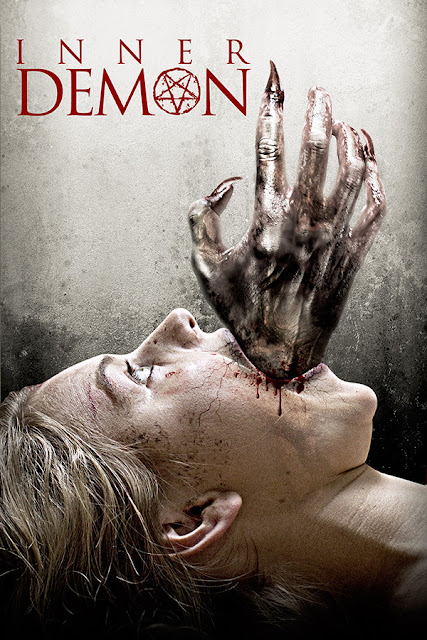 Terror Films is pleased to announce that Shudder is set to release the award winning, female directed horror film, Inner Demon. The launch began Monday, July 10! Inner Demon will be available in the US, Canada, the UK and Ireland.


Ursula Dabrowsky’s Inner Demon tells the tale of teenager Sam (Sarah Jeavons). She manages to escape, with her young sister, from a deranged serial killer couple (Kerry Anne Reid and Andreas Sobick). Unfortunately, a cabin-in-the-woods, that she hoped would be a safe house, turns out to be even more harrowing and dangerous than her initial entrapment by her captors.
Shot in Australia, Dabrowsky chose the perfect setting in the city of Adelaide. Here, a real-life string of serial killers and demented murders earned it the nickname: “the murder capital of Australia.” She also proves with this disturbingly crafted indie film that dark and twisted thoughts can flow eloquently from the mind of a female filmmaker.
Distributed by Terror Films, Inner Demon played at A Night of Horror International Film Festival. Here, it won “Best Australian Feature,” “Best Australian Director” and “Best Female Performance” for Sarah Jeavons.
Shudder is a premium streaming video service, serving both the casual and hardcore fans of horror and of suspenseful entertainment. Offering new premieres and exclusives every month, and with a wide library ranging from hard-to-find international and independent films to thrilling TV series to cult grindhouse classics to Hollywood blockbusters, Shudder has something for everyone!