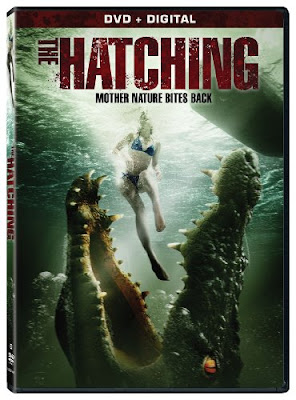 
After the death of his father, Tim Webber returns to his hometown to find something sinister is disturbing the idyllic peace of the villagers. 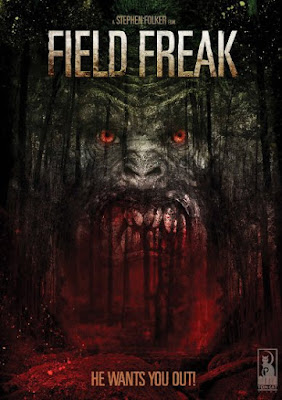 The DVD release of Stephen Folker's "Field Freak" is coming up March 8th. The film stars Dave Juehring, Trena Penson, Glenn Harston, Thomas Ely Sage. It deals with the nightmare encounter with a Sasquatch like creature similar to the Momo Monster.

Charles a former best selling writer, is desperately trying to pen his next book and needs a place free of distractions. Little does he know, his entire family is being watched. Strange bumps in the night escalate into a nerve wrecking encounter with the creature by Charles's wife Linda. The story takes a wacky turn when they hire a psychotic, pest-control guy and are led to believe Rabid Beavers are to blame. It's not until they visit a road-side Root Beer Distillery and meet a man named Ned Perkins, that they learn what the bumps in the night really are. According to Ned, they're all going to die!

"BLOOD RUSH" On VOD This Month From Osiris Entertainment 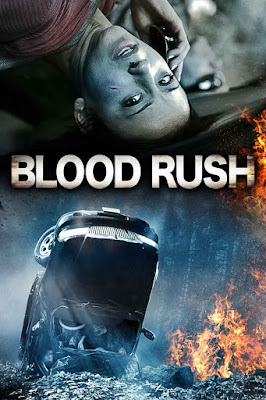 The unnerving Blood Rush, starring award winning actress Stella Maeve (Transamerica) and acclaimed actor Michael Madsen, is now available on VOD from Osiris Entertainment.
Directed by Harris Demel, the film fixes on Nicole Diamond, an internationally-known model, who finds herself in an upside-down car in the middle of nowhere. In the passenger seat is her unconscious boyfriend, pop singer Scott Donnoly, a.k.a. Scotty Dee. Not a soul is around to help, and her legs are wedged under the dashboard. She's trapped.

Danger lurks everywhere, including a small fire under the car, wild animals in the vicinity, and the unknown, life-threatening physiological effects of hanging upside down indefinitely. With her damaged cell phone, she dials random numbers until she finally reaches someone willing to help – a mysterious man named Casey.

However, she soon learns that roadside assistance is the last thing on Casey's mind.
Posted by A Southern Horror Fan No comments:

"A HAUNTING IN CAWDOR" In Cinemas March 11 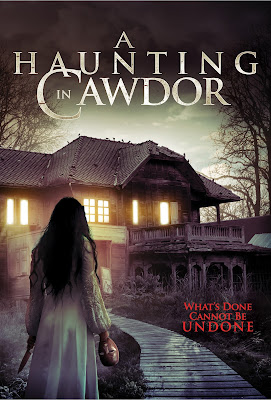 Saw’s Cary Elwes kicks off a roll call of hot faces including Shelby Young (TV’s American Horror Story), Michael Welch (Twilight, TVs Z Nation), and Allie  Deberry (Lazer Team) in a frightening twist on Shakespeare’s Macbeth that’s  being called one of the “surprises of the year” (lalafilm).
In this tense tale of psychological terror, Vivian Miller (Shelby Young) is a young twenties woman who's serving out her jail sentence at a work release program in the Midwest. Her 90 days of probation takes her to The Cawdor Barn Theatre, a dilapidated summer stock theater run by Lawrence O'Neil (Cary Elwes). Lawrence, a failed Broadway director, is now reduced to staging amateur productions with young parolees and raging over the mistakes from his past. Vivian's arrival in Cawdor starts a terrifying series of events that brings Lawrence's secret past to the present. After Vivian views an old taped stage production of Macbeth, a force of evil is unleashed which soon turns its sights on her. With the help of Roddy (Michael Welch), a local outcast, Vivian sets about trying to discover who the supernatural killer on the tape is before she becomes the next victim.
Written and directed by Phil Wurtzel, A Haunting in Cawdor will hit theatres and be available on Demand March 11.

"Ballet of Blood" now available On Demand, DVD and VHS! 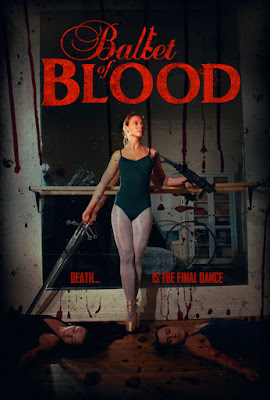 Ballet of Blood now available On Demand, DVD and VHS!

Ballet of Blood is now available to rent or own. You can also find the DVD on Amazon and if you're lucky you'll be able to snag a VHS tape off eBay. There are many different ways to add this rare piece of beautifully horrifying cinema to your collection, today.

AIN'T IT COOL NEWS IS RAVING:
"...there is a compelling story going on here. Having the real world of the movie play out a scenario in a story has been done before, but this mixture of life imitating art is a subject that has a lot of potential to plumb. The story of a seemingly “good girl” not necessarily writing a “nice story” is fun, especially with the meta-commentary that “nice stories” aren’t what the people want these days. There’s an extremely poetic sequence illustrating the mixture of the story, the real world (within the film), and the art of ballet that plays really well (especially with some nice Giallo colorful lighting added for effect). There is an appreciation for both the art of ballet as well as simply a nice vocabulary in which to articulate art at play all the way through this film that I appreciated a lot. BALLET OF BLOOD doesn’t forget the baser needs of the horror audience as it supplies copious amounts of blood and boobs within its runtime. But while the story is rather complex and intriguing, I wish the filmmakers would have been a bit more choosey with who they cast and taken more time to get better takes. That said, if you’re an appreciator of the art of low budget horror, BALLET OF BLOOD delivers big ideas and intriguing scenes of bloody bodies in motion." 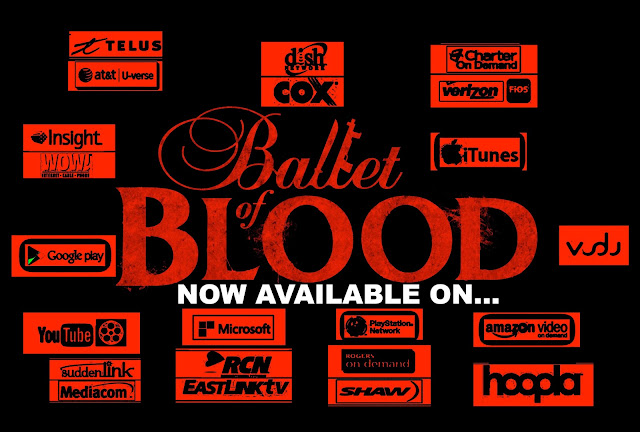 Synopsis: After years of emotional abuse and body shaming, two ballerina's drug-fueled fantasy, of viciously attacking their ballet school, becomes reality. Meanwhile, a nerdy ballerina starts writing a novel based on the events that transpired, deeply offending some for turning such sensitive material into a book, for young audiences. Soon, her and her sister realize every word being typed is somehow altering real life. Will this strange and psychedelic paralleling fantasy carry the sisters, along with anyone else, to a mercilessblood-splattered doom?

The Navigium Isidis or Isidis Navigium (trans. the vessel of Isis) was an annual ancient Roman religious festival in honor of the goddess Isis, held on March 5. The ancient festival of Navigium Isidis celebrated the Goddess Isis’s invention of the sail and her patronage of sailing that began each new sailing season.


Isis Euploia-Isis of Good Sailing-sailed with the crew of Ra on their journey through the underworld searching for the severed parts of her murdered husband Osiris. As the beloved Goddess of Alexandria, whose massive lighthouse guided ships far at sea to shore, Isis was invoked to protect all incoming as well as outgoing vessels. Akin to Yemanjk (February 9-10), Isis was worshiped at the shore and on the sea. She was considered the guardian of the grain ships that brought the bounty of Egypt to Rome. As her worship took root along the trade routes, seafarers would leave offerings and petition her protection before embarking on treacherous journeys.
Posted by A Southern Horror Fan No comments: