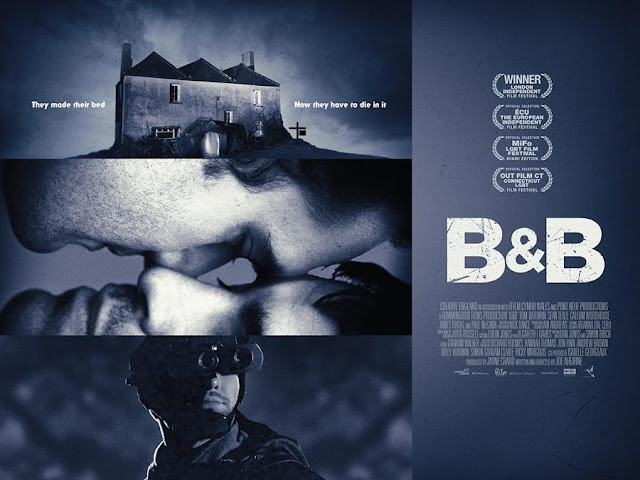 Distributor Peccadillo Pictures picked up the UK and Ireland rights after its World Premiere at the festival. International rights are still available.
Marc and Fred went to war when they were refused a double bed at a remote Christian guest house. They won in court and now they're back to claim their conjugal rights. Triumph turns to terror when a Russian neo-Nazi checks in.

“I wanted to do a thriller in the Hitchcock vein but with gay characters making the wrong choices and getting terrified out of their wits. B&B goes beyond the gay relationship movie. It’s a thriller with a married couple at the centre, something I haven’t seen before,”says writer/director Joe Ahearne.

The couple is played by Tom Bateman (Kenneth Branagh’s Murder On The Orient Express, Amy Schumer's Snatched) and Sean Teale (Bryan Singer's Gifted, Ben Affleck's Incorporated), and the B&B owner is played by Paul McGann (Withnail & I, Doctor Who). 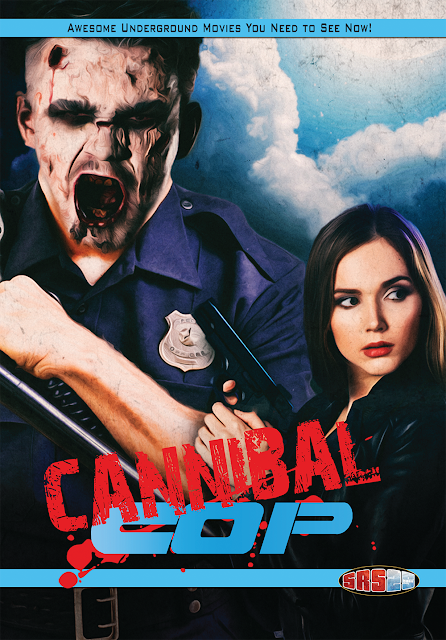 Donald Farmer's cult classic "Vampire Cop" has been a hit so far with fans and critics on our limited edition media releases. Now nearly 30 years later, Donald ventures back into law enforcement with a new twist, "Cannibal Cop"!

Some cops are hungry for justice.

Ever since Warbeck crossed paths with a vengeful Voodoo Queen he's become a half-man,.half zombie - cursed to a nocturnal rampage of unholy CANNIBAL TERROR!

Only one woman can stop him - a crusading vigilante who wants to put the brakes on Warbeck's blood-smeared FLESH FEAST!

But who can stop a man cursed with the supernatural power of voodoo? Especially when that man is a CANNIBAL COP? 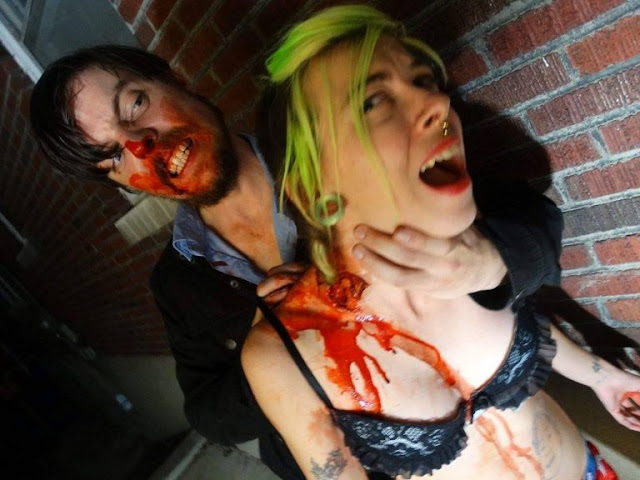 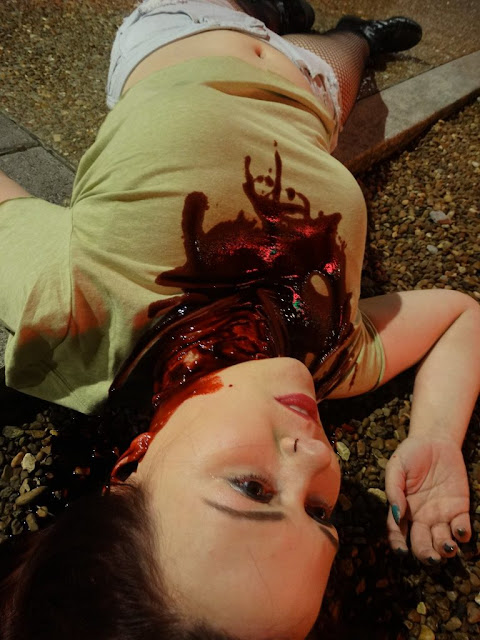 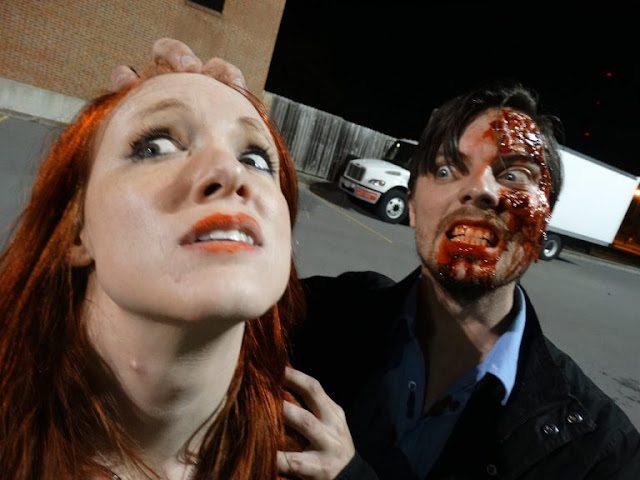 Cannibal Cop” is currently available on special limited edition Bluray and VHS at www.srscinema.com/srsstore.  DVD and VOD go into wide release everywhere on Sept. 12.  Check out the trailer below.

Crowd Funding Kicks Off For "The Monster Of Dread End"

A crowd funding campaign has kicked off for a pitch package to gain funding support for monster movie "The Monster Of Dread End". The feature is an adaptation to the classic comic of the same name, written by Ed Robbins for Dell Comics’ Ghost Stories #1 in 1962 and has been described as, “Utterly terrifying! The stuff of nightmares.” The campaign is taking place over on Kickstarter. 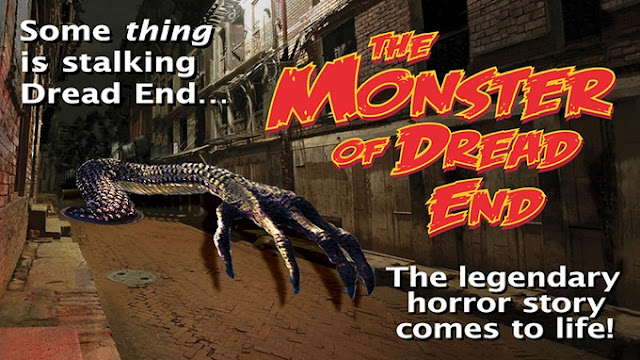 Long empty of human life, the dark, decaying tenements of Dread End stare silently across at each other as though still frozen in horror at the memory of the frightful scenes they alone had been witness to…
It’s 1962. Time was when Dread End, then known as Hawthorn Place, was a busy, noisy, happy street that echoed the sound of children’s laughter. Then early one morning the first one was found. It was a balled-up thing, like an empty wrapper thrown carelessly aside, but somehow still recognizable as having been human…
After dark no one ever dared venture into even the outer fringes of this no-man’s land, let alone the very center of it.
Until… tonight.

Though only seven when his little sister became the first victim of the Dread End monster, Jimmy White resolved that if the police didn’t find her killer, some day he would. Now, at the age of 15, Jimmy feels he is old enough to ferret the monster out.
Crouched in the shadows of an alley, Jimmy begins his lonely and fearful vigil. Jimmy stands up to stretch… then quickly crouches back into the shadows. He stares, unable to believe his eyes!

Experience An "American Exorcism" This May 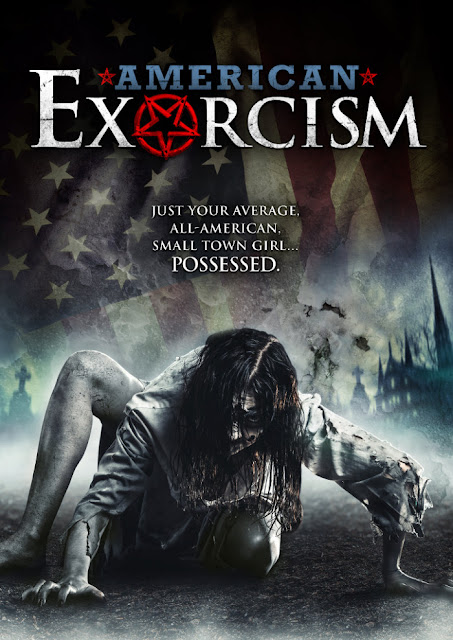 Press Release:
Just your average, All-American, small town girl… possessed.
Uncork’d Entertainment yields the cross and garlic this Spring, with the release of American Exorcism, premiering On Demand 5/2.
Damon Richter thought he left the world of possessions, exorcisms, and evil behind until an old friend arrives with frightening information about his estranged daughter knowing that only his otherworldly skills can save her.
Produced by Thriller Films in association with Master Key Productions.
Written and directed by Tripp Weathers, and starring Braxton Davis (The Butchers), Michael Filipowich (24), Sicily Fontaine, Jessica Morris (Lucifer), Kate Tumanova and William McKinney, American Exorcism possesses VOD May 2 and DVD August 1.

Scare Yourself Senseless With “Deep in the Wood “ This June! 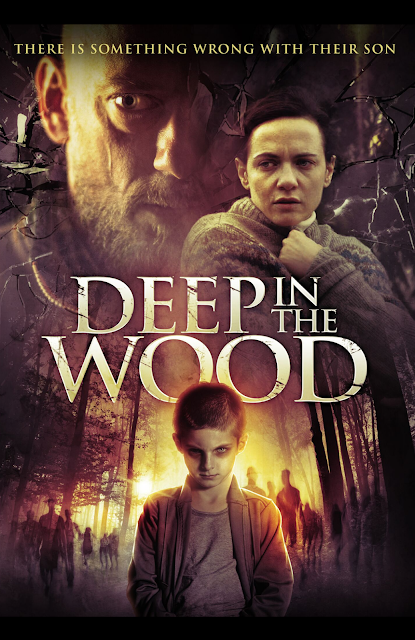 There is something wrong with their son.
The unnerving Deep in the Wood premieres on Demand June 13 from Uncork’d Entertainment.

Tommi, a 4 year-old child, disappears during an annual Krampus festival. Five years later, a child was found nameless and without documents. DNA matches -- He is Tommi. Manuel, the father, can finally embrace his son. The mother, Linda, however, can not adapt to the new situation. A suspicion digs inside her: What if that child is not really her son? 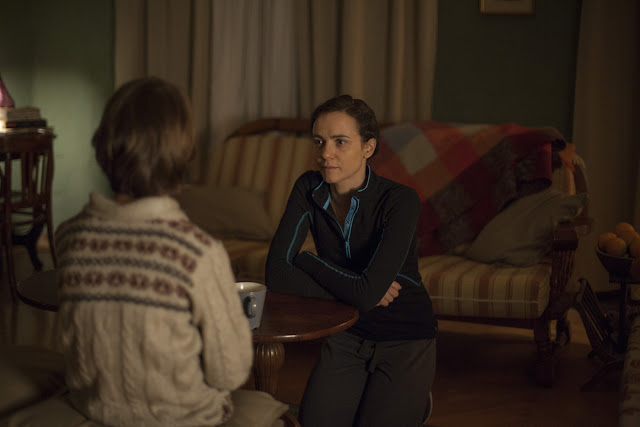 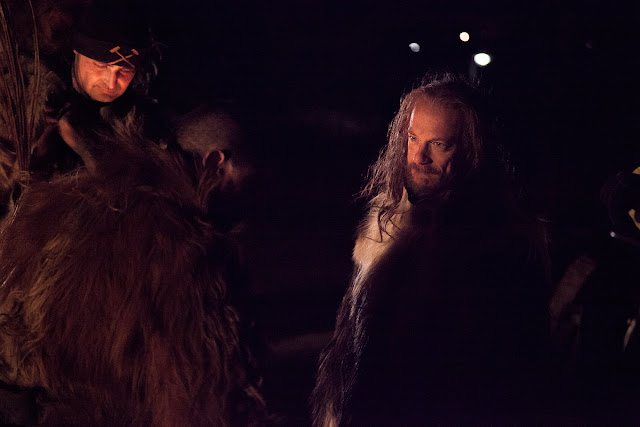 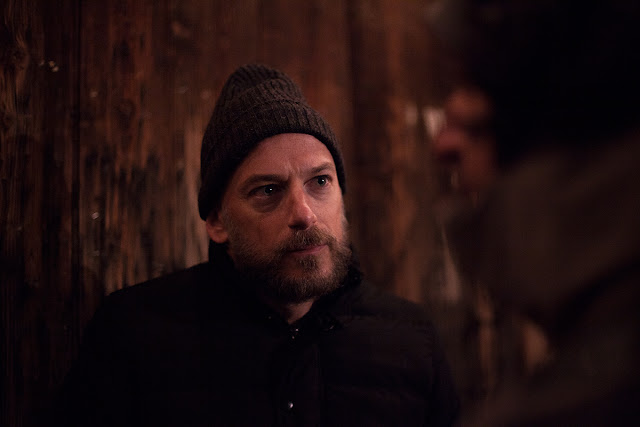 The DVD will be available Sep 27.

Deep in the Wood (2017) - Trailer from Uncork'd Entertainment on Vimeo.
Posted by A Southern Horror Fan No comments:

NIGHTMARES BEGIN IN THE SHALLOWS

SYNOPSIS: When Stacy’s (Taya Parker) abusive ex-husband Jason (Ryan Izay) gets out of prison. She decides to take their daughter Lizzie (Chalet Lizette Brannan) and her four best friends to her parents beach house. Soon their peaceful plans turn into a nightmare. Who will survive the night? 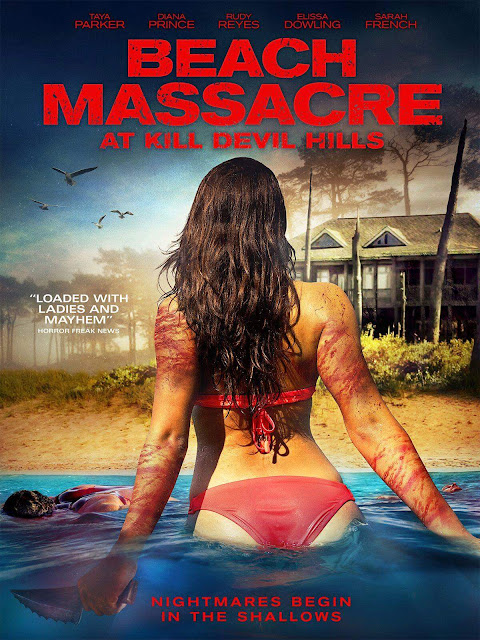 REVIEW: “…a solid concept and a clean picture…loaded with ladies and mayhem…” — (Matt Molgaard, author at Horror Freak News)

Joshua K. Carpenter, Head of Acquisition & Sales for Green Apple Entertainment stated, “If you’re awaiting a female-driven and lead performance with bloody maelstrom, BEACH MASSACRE AT KILL DEVIL HILLS is for you. We are excited to include this film in our product offering and soon make available in the marketplace.”

Filmmaker Lawrence W. Nelson II, who directed and co-wrote the script said, “I am excited that “BEACH MASSACRE AT KILL DEVIL HILLS”, has found a home with Green Apple Entertainment. We’ve had such an amazing festival run this year, this is just the icing on the cake.”

Producer and co-writer John Saunders added that, “It’s been an amazing year, we can’t be more happier that Green Apple Entertainment will be bringing our indie horror/thriller to a larger audience.”