Check out the blood soaked “Carrie” poster for the UK release of the reboot film. The 2013 version of “Carrie” which is closer to the retelling of the source material written by Stephen King is directed by Kimberley Peirce. The film stars Chloë Grace Moretz, Julianne Moore, Judy Greer and Kyle Mac.

Carrie White is a lonely and awkward teen who is constantly bullied at school by her peers, and beaten at home at the hands of her religious mother. But Carrie has a secret: She's been blessed with the terrifying power of telekinesis; and when her peers decide to pull a prank on her at prom, they'll soon learn a deadly lesson: If you play with fire, you get burned. 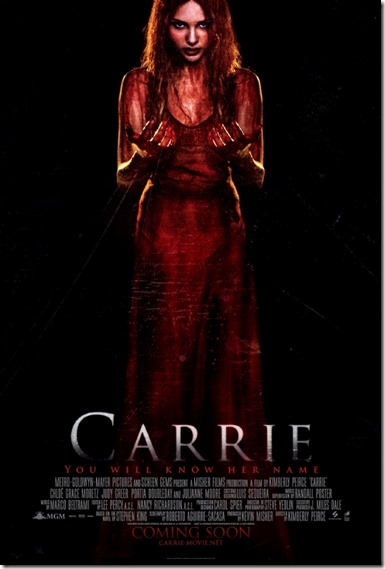