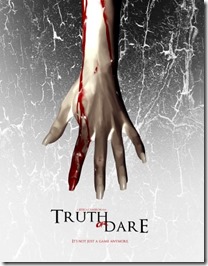 With only nine days left on the Indiegogo campaign for “Truth Or Dare”, the film has released a new teaser clip. The film Jessica Cameron’s directorial debut and stars Stehlin, Jesse Wilson, Jessica Cameron, along with Devanny Pinn, Heather Dorff, Ryan Kiser, and Brandon Van Vliet.

Truth or Dare is about 6 college kids who find internet stardom when they make “Truth or Dare” videos with a violent twist. It is all fun and games until their number one fan decides he wants to play…