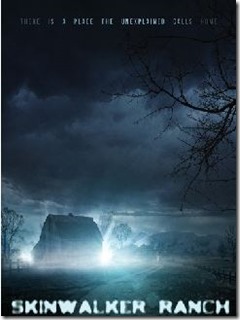 Skinwalker Ranch, also known as Sherman Ranch, is a property located on approximately 480 acres (1.9 km2) southeast of Ballard, Utah that is allegedly the site of paranormal and UFO-related activities. Its name is taken from the skin-walker of Native American legend. Claims about the ranch first appeared in the Salt Lake City, Utah Deseret News, and later in the alternative weekly Las Vegas Mercury as a series of articles by journalist George Knapp. Knapp and co-author Colm Kelleher subsequently authored a book in which they describe the ranch being acquired by the National Institute for Discovery Science (NIDSci) to study anecdotal sightings of UFOs, bigfoot-like creatures, crop circles, glowing orbs and poltergeist activity reported by its former owners.
Posted by A Southern Horror Fan