Crowd Funding Kicks Off For “Hellmouth” 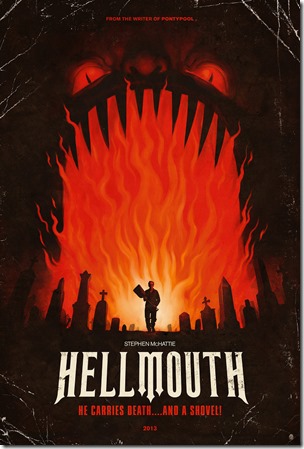 “Hellmouth” is a harrowing story of one man’s torturous battle with the world’s most horrific ghouls and ghosts in a graveyard that turns reality into outer world fiction. Starring Stephen McHattie (300, The Watchmen, A History of Violence), Siobhan Murphy, Mark Gibson (Exit Humanity), Julian Richings (Cube, Superman Man of Steel) and Boyd Banks (Dawn of the Dead). HELLMOUTH is directed by John Geddes, who created Exit Humanity.

The film has already been shot and seeks funds to make the visual FX and post-production as amazing as possible. The film is directed by John Geddes. You can contribute to the film’s production here. “Hellmouth” is a 1950's style horror/fantasy throwback. Check out the pitch video below…