“Knight Of The Dead” Trailer Released. 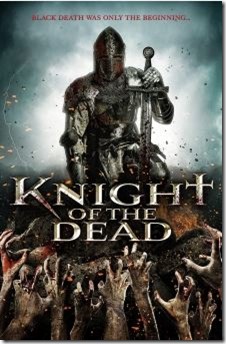 Check out the promo for “Knight Of The Dead”. The film is getting ready for the Cannes Film Festival at the moment.

Knight of the Dead, the newest feature from Automatic Entertainment, looks like a perfect blend of Walking Dead meets Game of Thrones, including all the action, gore and nudity that you've come to expect from both worlds.

Shot on numerous locations in the Wales, the story is as follows:
Hunted by assassins, a band of crusading knights escort the Holy Grail through a forbidden valley of Black Death; but what they discover is far more terrifying than the plague. Overrun by hordes of flesh eating zombies, the knight's only chance for survival is to hack and slash their way to freedom.

"When we started developing the idea, we were very surprised to find that it had not been done before," says Producer Michael Lurie. "Once we came up with the name, it was off to the races."