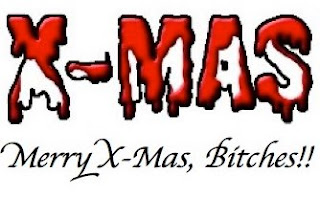 “X-mas: The Movie” has kicked off their campaign on Kickstarter for a new spin on the Christmas slaughter concept. This is a horror/comedy project seeking funding. Here are the details for “X-mas: The Movie”.

"X-Mas" is a horror/comedy about a film crew who, while shooting their own horror movie about a serial killer Santa Claus, get killed off one by one by an unknown, homicidal killer, who also happens to dress as good ol' Saint Nick. Determined to finish the film, the crew decides to use the victims' dead bodies and keep shooting.

Kickstarter and Facebook Page
Posted by A Southern Horror Fan