Bill Pullman To Star In "Beyond Apollo" 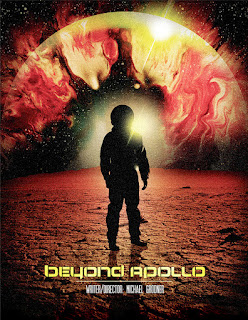 Bill Pullman has signed on for Michael Grodner’s next flick a sci-fi horror adaptation of Barry N. Malzberg’s novel. Scott Speedman and Ali Carter are also set to star in this film about a doomed mission to Venus.

Here is the full synopsis:

The first two-man mission to Venus is aborted in mid-flight and abruptly returns back to Earth.  When rescue crews go to retrieve the space capsule, they make a startling discovery: The Captain is missing – there is no sign of his body whatsoever – and strangely enough, the lone surviving astronaut has no clue about what took place.
Beyond Apollo tells the riveting story of when that astronaut, Harry Evans, returns to earth and must answer to the authorities about what really happened on board the doomed flight to Venus.  His mind-bending struggle to figure that out is a harrowing journey through the possibilities: Was the Captain murdered?  Did he commit suicide?  Or were alien beings responsible for his demise?  The answer, as Evans will eventually discover, is far more terrifying than anything he could possibly imagine.
Posted by A Southern Horror Fan