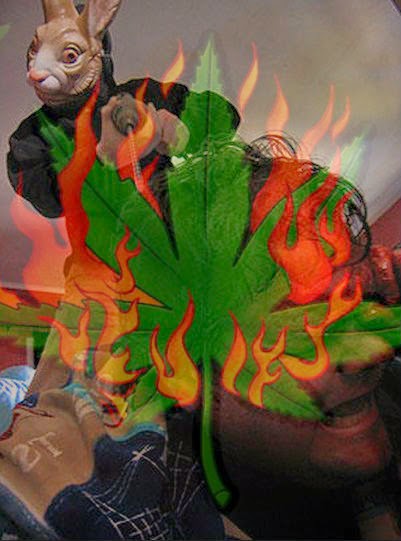 I have been running possible films for Easter Sunday through my brain. I plan to blend in the obvious 4.20 flicks like the Evil Bong series and Hansel & Gretel Get Baked but the Easter films have been more difficult. I am focusing on ones that I haven’t seen as often. So here is my list of Easter horror for Easter Sunday. 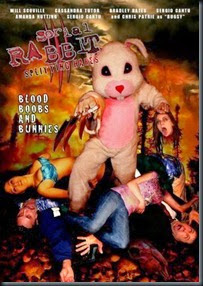 First up I plan to watch “Serial Rabbit” (2005) directed by Brett William Mauser.


Every year on Easter, a brutal serial killer stalks Texas searching for victims lacking spiritual awareness. This year, the serial killer has found Austin's hottest rave, and a slew of new victims. 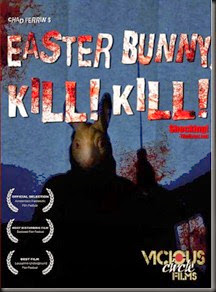 
Remington, a murderous grifter cons his way into a mother's heart, putting on a fatherly facade to her cherished son, Nicholas. But the second she leaves for work, a torrent of abuse rains upon the gentle boy. Remington heads out for some hookers and invites his dilettante-child molester-drug-dealer buddy over to abuse Nicholas. In the meantime, the only comfort the boy gets is in confiding with his new pet bunny. Debauchery is at hand but Nicholas is nowhere to be found but someone wearing the mask of the beloved holiday hopper shows up ready to deliver a blood-splattered night of unspeakable carnage. 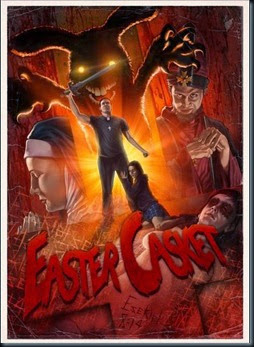 The third holiday horror on my list is Dustin Mills “Easter Casket” (2013).


All hell breaks loose when Peter Cottontail aka The Easter Bunny hears that the Catholic Church is about to do away with all Easter rituals not pertaining directly to the resurrection of Christ. With Father Asher (A warrior priest) hot on his trail Cottontail starts a rampage leaving the bodies of the clergy (and a few schoolgirls) in his wake. Can Asher stop him before its too late? 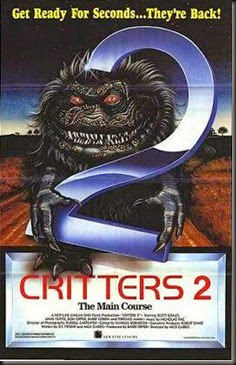 My fourth film to round out my Easter themed horror viewing is “Critters 2” , a staple and must for me every Easter. The film is directed by Mike Garris and for a holiday about eggs it is perfect.

A batch of unhatched critter eggs are mistaken for Easter eggs by the country-folk inhabitants of Grover's Bend and, before long, the ferocious furballs are on the rampage again. 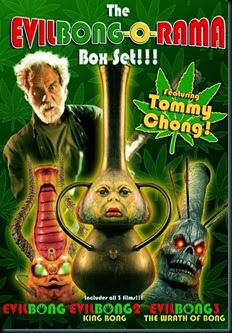 Of course these films will be mixed in with the “Evil Bong” franchise and “Hansel & Gretel Get Baked” because tomorrow is 4.20 which makes Sunday a double holiday celebration for me and my horror flick fun fest.


EVIL BONG: Meet EEBEE, a vintage bong with the mysterious power to grant truly killer highs! Hypnotized by EEBEE, college nerd ALISTAIR McDOWELL (David Weidoff) and his stoner roommates - including LUANN (Robin Sydney) and JANET (Kristyn Green) - take a toke and EEBEE sends them on a wild trip to her Bong World. There they encounter Eebee in her full evil glory, sexy but deadly dancers, and a veritable Full Moon smorgasbord of guest stars… 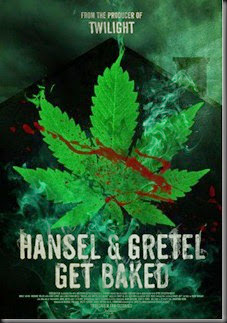 A brother and sister battle a witch who lures teenagers into her suburban home with her special blend of marijuana where she then proceeds to kill and eat them to maintain her youth and beauty.
Posted by A Southern Horror Fan