My Review Of Documentary “Alien Encounter At Loch Ness” 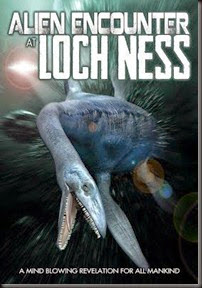 Reality Entertainment’s documentary “Alien Encounter At Loch Ness” sets out to guide cryptid fans and enthusiasts into more otherworldly areas of explanation for the second most notable creature of cryptozoology, the Loch Ness Monster. The film is directed by Philip Gardiner and explores the more recent phenomenon of UFO sightings over the loch. With first person interviews, a quick history of Nessie sightings throughout the ages and some pretty vibrant post-production editing effects blended with some scenic shots, “Alien Encounter At Loch Ness” focuses on a few personal stories from Loch Ness area residents mixed with re-hashed information that most people have heard many times over but the documentary still manages to seem updated and relevant. I know-normally I trash these things for not giving me something new at a time when so many shows are out there doing just that-offering new material.

This documentary actually entertained me somewhat better than previous Reality Entertainment films. “Alien Encounter At Loch Ness” starts with a casual intro mixed with a Nessie enthusiast who has made the rounds lately as being one of the last decades few souls who produced some visual clue to a creature in the famous loch. This is the first time I am hearing his account first person, though I have read and seen his photos before it was nice to see him in this film. A lot of the film is really visual gimmicks that act as a means to stall between informative sequences with obvious intention being to burn up time count for the documentary. That normally would irritate me but in “Alien Encounter At Loch Ness” the blend of such artist stylization and mesmerizing soundtrack sequences create a nice hook for this documentary. One thing Reality Entertainment does is create some really artistic material as opposed to cold, sterile interview only, or bland material like some of the other films.

Why is this documentary relevant? Because it comes at a time when most researchers are declaring that Nessie, or the last of this cryptid species has died off. “Alien Encounter At Loch Ness” gives a few newer accounts and interviews people who are present today at the loch who have collected possible evidence, all be it minimal evidence. So that keeps Nessie and the mystery surrounding the Loch Ness fresh and continuous-far from dead as a lot of papers, blog sites and scientific types would have us believe. Plus it puts our minds into new fantastical realms as far as why Nessie proof is elusive and what otherworldly component is at work in the on-going tale of the creature. UFO sightings are a more recent phenomenon over the loch and the end of this documentary delves into the relationship between the Loch Ness Monster and Aliens. Personally I find it suspect but the accounts have been documented before this film was made and it is a new area for enthusiasts to ponder while holding out hope for definitive proof of the creature’s existance. So “Alien Encounter At Loch Ness” does offer an entertaining and fresh piece to the Loch Ness puzzle.
Posted by A Southern Horror Fan