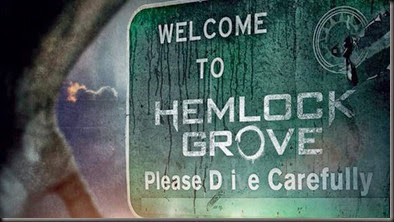 The second season of Netflix’s werewolf horror drama “Hemlock Grove” has been announced. Season 2 will be released on July 11th, 2014 and is expected to a bit of a departure from the book series. The new season will also give us a taste of Lycan endure when transforming back from wolf into human form.

“We’ll also learn more about The White Tower and the experiments going on in there, and meet an important character, Miranda Cates (Orange is the New Black’s Madeline Brewer). Plus, while Hemlock Grove’s body count continues to be high, we may learn that someone who appeared to be dead at the end of Season 1 actually made it out alive – besides Olivia, that is!”