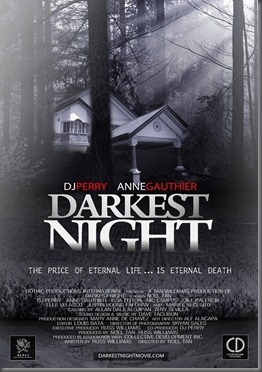 Theatrical Trailer for Filipino horror found footage flick “Darkest Night”. No word yet on when future US release yet but there is one expected!


Darkest Night unfolds in a “found video and documentary” style. Its story plops American Perry right in the middle of the action to allow western audiences to experience a “holiday” trip away from home. Eastern audiences will identify with the many vivid Asian characters, as well as the local and family setting. Perry’s character in the film, Ken Tyler, is introduced to the traditional-minded family of his Filipino fiancé, Susan Reyes, played by Ms. Gauthier, during a Christmas Day family reunion. What follows is a dark, horrific trip not to be missed, as demonic forces slowly come into play. Darkest Night combines western demons with eastern spiritual traditions to come up with an original recipe for suspense and terror. 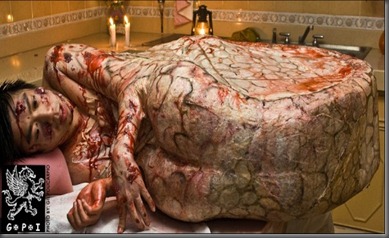