Check Out The UK Poster For “Abraham Lincoln: Vampire Hunter”

Empire has premiered the official UK one-sheet for Abraham Lincoln: Vampire Hunter, opening here in the U.S. on June 22nd and in the UK on August 3rd. 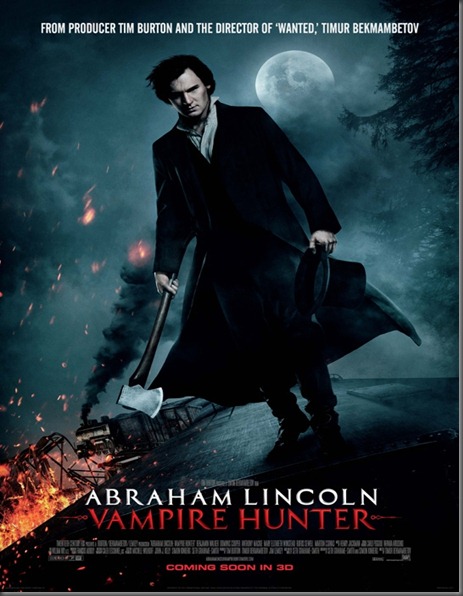 The film explores the secret life of our greatest president, and the untold history that shaped our nation. As a young boy, Abraham Lincoln witnesses the shocking death of his mother, leading him on a path to an ongoing war - and ultimately to the presidency - he chronicles in a hidden diary. The journal reveals the incredible story of a clandestine warrior who never stopped fighting for the country he led and the people he loved.
Posted by A Southern Horror Fan