Get Ready For The “Shadow People”


Yes it happened and they are real! Soon everyone will here the tale of the Shadow People. I love KY but this is a wild and paranormal state. So much supernatural history here. Now “Shadow People” was actually filmed in Louisiana, Baton Rouge to be exact but the story and events took place in a small KY town.
“‘Shadow People’ is a psychological-thriller that explores the rare medical phenomenon known as SUNDS (Sudden Unexplained Nocturnal Death Syndrome). Millions of people across the globe have had encounters with what they describe as dark, shadowy creatures that visit them at night. Sometimes horrifying, sometimes deadly, these nocturnal intruders have been described as early as man’s first recorded writings. But what are they? And what do they want? 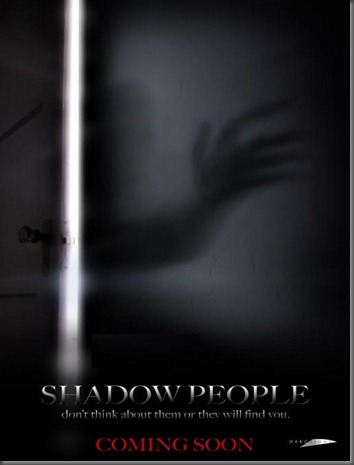 Small town radio personality CHARLIE CROWE (Dallas Roberts) is thrust into the mystery when a strange caller relates a terrifying experience during Crowe's late night call-in show. At the same time, CDC Public Health Agent, SOPHIE LANCOMBE (Alison Eastwood), is hot on the trail of the cause of the rare medical condition known as SUNDS. Her investigations entwine her with Charlie's own discoveries and take them both into a dark world and a decades old cover-up about the phenomenon we now call, The Shadow People. Once you open the door to the mystery...you'll never sleep soundly again.