Blood And Feathers By Lou Morgan 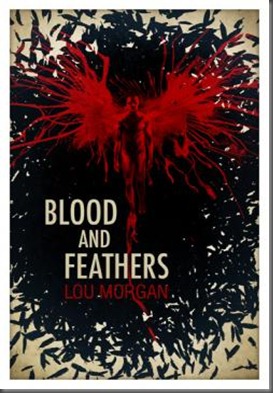 “What’s the first thing you think of when I say ‘angel’?” asked Mallory.

Alice isn’t having the best of days: she got rained on, missed her bus, was late for work. When two angels arrive, claiming her life so far is a lie, it turns epic, grand scale worse.

The war between the angels and the Fallen is escalating; an age-old balance is tipping, and innocent civilians are getting caught in the cross-fire. the angels must act to restore the balance – or risk the Fallen taking control. Forever. Hunted by the Fallen and guided by Mallory – a disgraced angel with a drinking problem – Alice will learn the truth about her own history... and why the angels want to send her to hell. What do the Fallen want from her? How does Mallory know so much about her past? What is it the angels are hiding – and can she trust either side? Caught between the power plays of the angels and Lucifer himself, it isn’t just hell’s demons that Alice will have to defeat...