Check Out The UK Trailer For “Now You See Me” 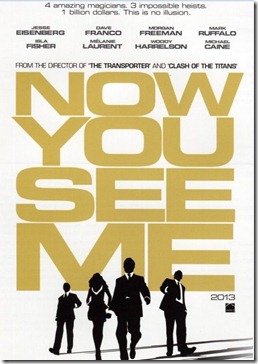 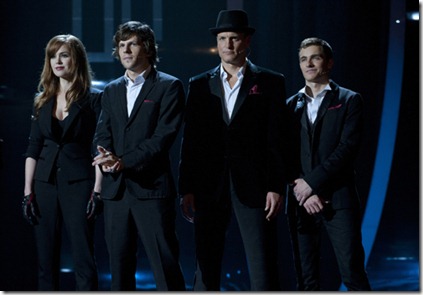 “Now You See Me” is a taut thriller that features a lot of heavyweight actors. The film is directed by Louis Leterrier and stars Mark Ruffalo, Jessie Eisenberg, Morgan Freeman, Michael Caine, Woody Harrelson, Isla Fisher, Dave Franco and Melane Laurent. FBI agents track a team of illusionists who pull off bank heists during their performances and reward their audiences with the money. The film opens in 2013. Check out the UK Trailer below.

also here is the other trailer that came out earlier.