Check Out The First “Riddick” Poster

The first version of the “Riddick” movie poster has been released. Vin Diesel reprises his role in the third feature film installment (I don’t count that animated film they tried to pass off in the box set). “Riddick” hits theatres in 2013. In the film Riddick has been stranded on a desolate, sun emblazoned  planet. The inhabitants, vicious creatures become aware of his presence and he has to fight for his life. His only viable action for rescue is to alert the mercs after him to his whereabouts and hitch a ride of the forsaken feeding pool of a planet. The first arrival carries a lethal new breed of mercenary, while the next transports someone with a personal score to settle with Riddick. 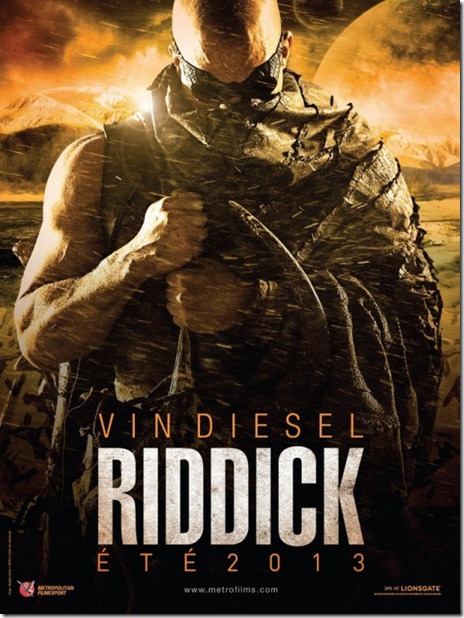