Check Out The Trailer For “Wail Away” 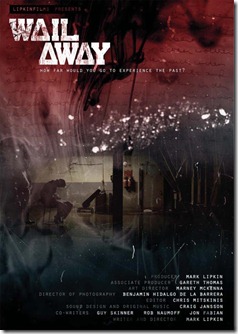 Director Mark Lipkin’s “Wail Away” has just completed production. The film is Survival Horror flick that follows film director Torsten while trying to unravel the truth of his grandfather’s euthanasia sets out to relive the experiments that his grandfather performed as a Nazi. Torsten hatches a plan to put himself in the shoes of the tortured, for the sake of self redemption and making sense of a past he had no idea existed. With two willing volunteers he gets to work in an abandoned industrial facility on the outskirts of town. With the experiment continuing to take its toll on all three, cracks begin to surface which eventually halt his deranged plan. The experiment maybe over, but the torture is only beginning. The film stars Amos Phillips, Peter Muir, Trevor Vaughan and Sara Cooper. Check out the trailer below.