Check Out The Official Trailer For “Hansel & Gretel: Witch Hunters” 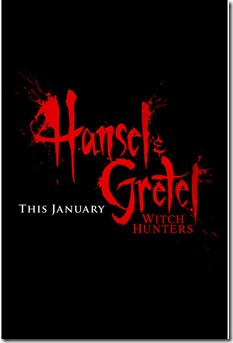 Check out the trailer for 2013’s Fantasy flick “Hansel & Gretel: Witch Hunters”. Yeah I know the title may sound lame but the cast and budget for this action/fantasy film is not. It was originally scheduled for this fall but due to some other film releases tied around Jeremy Renner the film was pushed back until 2013. Gemma Arterton also stars as as well as Famke Janssen and the film is directed by Tommy Wirkola.

: “15 years after their traumatic gingerbread-house incident, siblings Hansel and Gretel have become a formidable team of bounty hunters who track and kill witches all over the world.”