Probably one of the most buzzed about remakes today is the “Carrie” remake. If you can actually call it that. This film is exciting because it may actually  be the first time we see a true attempt to bring the original story to the screen with little if any compromise. For me at the start of hearing about this remake I was not that impressed, considering how many remakes have came out of late I felt this would be no big deal. Now I have hope for the world of ‘remakes’ with what is reported to be happening with this film. Not to mention that after seeing Chloe Moretz in “The Texas Killing Field” and “Let Me In” it is clear she is no ordinary actress. Much like here few adult counterparts she has been able to bring to the screen a dark haunting feel to her characters that is only achieved after many many years of acting. So I cannot what to see her ‘Carrie Darkly’ take on the main character in this remake. 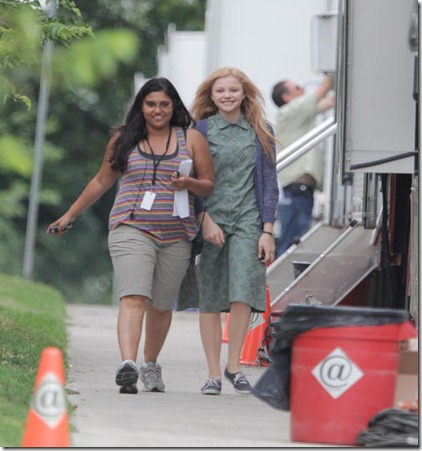