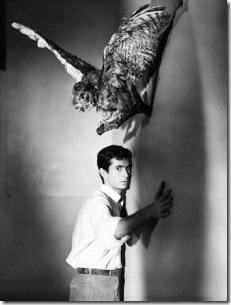 A&E are adding more steam to their recent success with scripted television. Without forcing a pilot run out of the “Psycho” prequel the channel has ordered a 10 episode package of ‘Bates Motel’. The show will offer an understanding into how Norman Bates' psyche developed and would tell the back story of the film's killer, learning of how his mother, Norma, and her lover damaged him, transforming him into serial-killing motel owner. The project is not the first time a Psycho spinoff effort has been attempted. NBC aired a 90-minute TV movie titled Bates Motel in 1987.
Posted by A Southern Horror Fan