Check Out The Trailer For “B.F.M (Big Fucking Monster)” 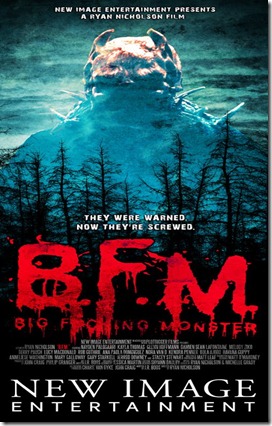 For college student Josie Kane, it starts as a simple internship: to shadow a group of high-tech land surveyors as they make their first foray into an ancient wilderness. Assisted by grizzled security guard Dale Philip, the crew knows how to handle protesters and saboteurs — but there's something much, much worse in the woods this time.
The local natives say the land is cursed — haunted by demonic forces older than time. Now people are going missing, turning up dead or worse, and Josie and the crew are about to discover the truth behind the legend. They were warned... now they're screwed!