Check out the teaser trailer for “After Birth” a supernatural creature feature that finds one mother with reasons enough for to regret taking that ‘pro-life’ stance.  Described as “A filthy, bloody, terrifying journey where a defenseless girl must fight for survival against her hungry, flesh-eating, demonic baby.” Directed by Tara Robinson and starring Nicola Fiore. 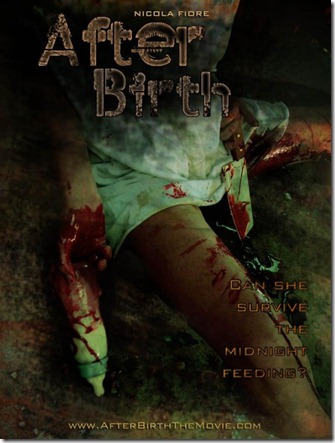 “When the beautiful Bethany finds herself homeless, she takes up residence in an old, condemned building, not knowing it’s already occupied by an evil beyond her worst nightmare. She quickly realizes she’s pregnant, but the violent birth she endures is just the beginning of the gruesome battle she must fight against the hungry newborn with a taste for human flesh.”