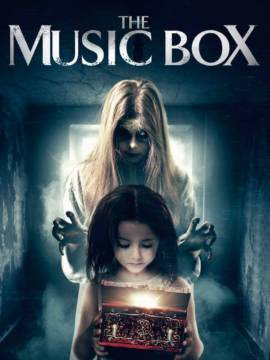 
When 6 year-old Sophie is tragically orphaned, guardianship is assigned to her estranged Aunt Annabelle who moves into an eerie, Victorian house where Sophie finds a locked wooden box with a strange symbol drawn on it. Sophie pries the lock open revealing a beautiful music box. Each time the music box is wound and replayed, its chilling melody plays slightly longer, captivating Sophie even more.
When the music box begins affecting Sophie’s behavior and health, Annabelle seeks the aid of a child psychologist and clairvoyant who soon discovers the music box is possessed by an evil spirit who seeks to haunt Sophie and destroy Annabelle. As the haunting intensifies, time begins to run out and Annabelle finds herself racing against the music box’s melody to defeat the spirit before the last note plays.
https://www.amazon.com/Music-Box-Antonio-Lujak/dp/B07HS279BQ/
Posted by A Southern Horror Fan