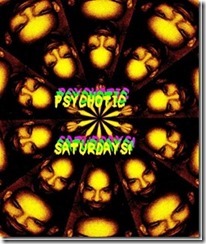 Psychotic Saturdays! Almost past me by! Dealing with a little of that psychotica myself today. However I have been spending my time in mental unwind with some truly demented fictional characters. So to celebrate this day and all that is cray-cray here are some horror shorts that show the truly deranged minds that plague our nightmares. Check them out and as always have a very contrary-insane-psychotic Saturday! 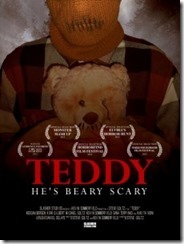 A young man goes on a killing spree, killing his family, and friends. Brian Dorton directed this serial killer short which starred Angie Keeling, Sean Kasky and Austin Kitterman. Doll Parts was part of the horror anthology Theatre Of The Deranged. You can check it out here! 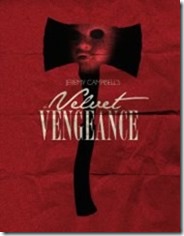 A young woman is faced with the tragic murder of her brother. The police swear that the murderer is dead but Alice can not shake the feeling that the killer is still alive. Against her friends and family's best wishes she travels to the location of her brothers murder to hunt the killer but little does she know that she is the one that is being hunted. Directed by Jeremy Campbell this one is in pre-production to become a feature film. Check it out here!

The epic story of one man's encounter with what could be the most relentless murderer of all time. Directed by Richard Gale and you can check it out here!

When the others leave for the night, the last mortician begins to fondle the corpses. He quickly moves to the corpse of a young woman who died in a car crash, tearing her clothes off and mutilating her body. He then mounts her and rapes her corpse while taking pictures with a camera and timer. He brings her heart back home to his dog for food. Directed by Nacho Cerdà you can find out more about it here!

Unmimely Demise was filmed in 2011 but will be available to all on the Theatre Of The Deranged II anthology which comes out this year. I saw the short film for a feature review of the anthology. It is fun and twisted. After 10 years, Cheeky the Mime returns reaping havoc on anyone in his path. Armed with an arsenal of invisible weapons, it is up to a meek friend from Cheeky's past to stop him! Directed by James Cullen Bressack check out more about it here!
Posted by A Southern Horror Fan