My Review Of "Human Zoo" 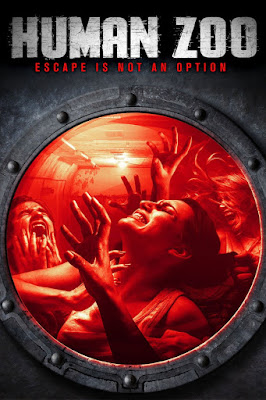 The internet watches live, as reality-show contestants struggle against time to see who will stay in solitary confinement the longest and take home the one million dollar prize.

"Human Zoo" has a pretty cool concept but somehow the film loses the ability to manifest Seymore's vision. The story starts out by really dragging on the runtime with pointless character introduction and "faux contestant intros" which could have been sped along to allow for more development of the actual reality show story. Plus choosing a solitary confinement theme where everything is dependent upon the actors ability to portray an authentic psychological conflict and deep emotional outburst on a level that will connect with audiences is a big risk.

In this risky reality show concept a lot of the film becomes encumbered by clunky improvisational melodrama that very few in the cast seem capable to project convincingly. Still there are a few stand out actors who seem to have a grasp on what is being asked of them and really sell their characters. Those were the moments I really got into the story. Plus about 50 minutes in it becomes clear what the true goal of this social experiment really is meant to be.

As far as horror elements, there is no real aspects of risk/reward that would allow for true suspense. There are deaths but they fall a bit flat because there is no build up and no real feeling of anxiety that holds you to the scenes of death to allow any sympathy for the characters. Mostly it all just plays out like actor sizzle reels. "Human Zoo" falls short of expectations but as always check it out for yourself. Just go in forwarned. (2/5)
Posted by A Southern Horror Fan