My Review Of "The 6th Friend" 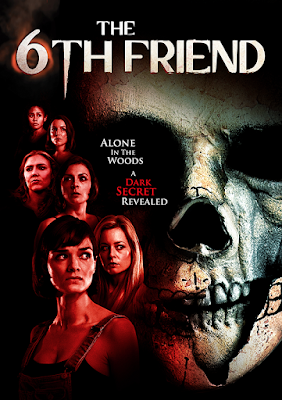 "The 6th Friend" is a psychological thriller told from the female perspective. It is directed by Letia Clouston, and stars Jamie Bernadette, Chantelle Albers, Dominique Swain, and Jessica Morris.

The story has the potential to expose and,  to some degree, exploit very poignant and timely subject matter echoing from the #metoo movement. A group of women forced into a horrible situation at the hands of a really bad dude,  lives changed at a fundamental level, then reuniting once more only to have a new nightmare unfold. The concept just begs to perform. Unfortunately none of the material is truly developed enough to really bring life to this cultural battle cry.

The cast do their best to breathe life into the characters,  but it soon becomes clear that they don't get it- not completely anyway. The social interactions of these friends feels made-up. The dialog isn't smooth enough to convince me that they experienced the original nightmare and maintained a bond strong enough to reunite. I mean there are moments of strong dialog and gritty story telling,  but not consistent enough to maintain cohesion.

The horror elements and actual thriller edge was a bit to dull to sell me on the "new nightmare" situation that the group deals with in "The 6th Friend". Most of the scenes meant to provide chills and thrills seem placed as overworked tableaus. They looked good but in a film where things are already falling apart,  they just aren't enough to save it. Overall I didn't enjoy this one, I wanted to,  thought it was gonna be good, but it just wasn't. (2/5)
Posted by A Southern Horror Fan