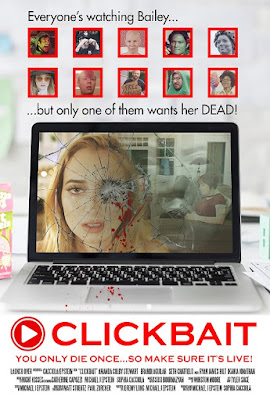 The story for "Clickbait" involves a college student, searching for internet fame. Unfortunately, Bailey is kidnapped by an internet stalker and the only one who can rescue her is a reluctant roommate.