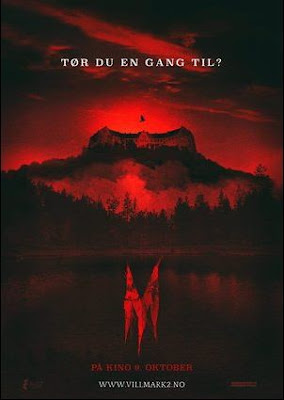 Trailer no. 2 has been released for Norwegian horror "Villmark 2 / Dark Woods". The film is directed by  Pål Øie and stars Anders Baasmo Christiansen, Ellen Dorrit Petersen, Baard Owe and Mads Sjøgård Pettersen. "Villmark 2" is due out in Norway on October 9th. Hopefully the international and North American releases aren't far behind.

An abandoned sanatorium is deteriorating in a remote forest in the mountains. The building is going to be demolished, and five contractors have taken on the task of inspecting the enormous building for hazardous materials. While attempting to shut off the water, they are led into a dark basement labyrinth. They soon find themselves face to face with the sanatoriums gruesome past.

You can demolish a building, but never remove the past.