"The Entity" Gets UK Release Date 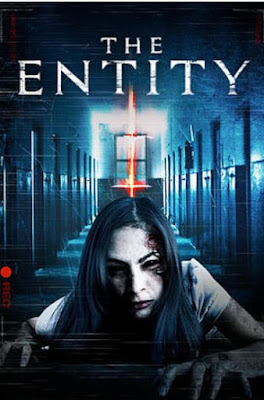 Solo Films and Jinga Films have  announced the UK DVD and digital release of Eduardo Schuldt's supernatural horror THE ENTITY with a street date of October 5th 2015.

Combining elements of Paranormal Activity and The Ring THE ENTITY follows four students who discover a terrifying "reaction video" on the internet in which the participants have all died in mysterious circumstances. Their search to discover the whereabouts of the video reveal an obscure corner of cyberspace known as the Dark Web where a curse brings death to all who witness the video.

The first Peruvian horror film to gain international recognition THE ENTITY received its World premiere at FrightFest and has since been selected for Cambridge Film Festival and Bram Stoker   Film Festival in UK, Grossmann  Fantastic Film Festival in Slovenia and Sitges in Spain.

New York based distributor Film Movement will release THE ENTITY in North America in 2016.

THE ENTITY - TRAILER from Jinga Films on Vimeo.
Posted by A Southern Horror Fan