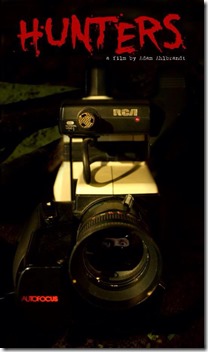 Adam Ahlbrandt’s next horror film “Hunters” has begun it’s crowd funding campaign over at Indiegogo. The film is based around a group of film students who set out to scout a rural Pennsylvania town that has been abandoned due to a mine fire raging underneath it. Little do they know they are about to fall victim to another group of film makers who are making their own, more sinister film.

According to Ahlbrandt “Hunters” will be “gritty, gory and all around filthy to it's core.”

The “Hunters” chronicles the savage exploits of a family who is devoted to kidnapping, torture, rape and murder all of which they capture on their VHS cameras.  Listen to the pitch vid below.