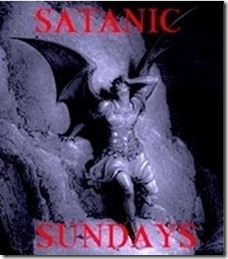 It’s Satanic Sundays! time and this week I have picked six films that are wrought with omens. The seek only darkness and evil to nurture the beasts below and within. All these films where released in 2008. A good year for the devil in horror films. So on this blackened day of unholy retribution enjoy these flicks and all their dark deliciousness.

1.The Haunting Of Molly Hartley

“The Haunting Of Molly Hartley” was directed by Mickey Liddell and stars Haley Bennett, Jake Weber, Chace Crawford, Shanna Collins, Shannon Woodward and AnnaLynne McCord. Molly Hartley looks to put her troubled past behind her with a fresh start at a new school, where she sparks with one of the most popular students. But can her secrets stay buried, especially as she learns more about the horrific truth that awaits her once she turns 18?

“Conjurer”  was directed by Clint Hutchison and Andrew Bowen, Maxine Bahns, John Schneider, Tom Nowicki and Brett Rice. After moving to the country to start life anew after their child's death, photographer Shawn Burnett and his wife, Helen, begin to suspect that a ramshackle cabin on their property is haunted by the malevolent spirit of a long-dead witch who once lived there.

“Death Of Evil” was directed by Damian Chapa and stars  Damian Chapa, Natasha Blasick and Steve Nave . A Native-American man discovers that his pregnant wife comes from an ancient family of devil-worshipers and has plans both for his unborn child and him, plans which he must use his own spiritual powers to thwart.

“From Within” was directed by Phedon Papamichael and stars Elizabeth Rice, Thomas Dekker, Kelly Blatz and Rumer Willis. In a small Maryland town, the suicide of an outcast teenager triggers a string of violent suicides. These suicides seem to stem from a curse which spreads when any person, who witnesses the suicide, is possessed by an evil force that appears as the person's doppelganger that only they can see. A young teenager, named Lindsey, thinks there is a connection of the events to Aidan, the outcast brother of the first suicide case. But Lindsay must race against the clock when she witnesses her mother fall victim, and must try to find a way to stop the curse before it kills her too. Meanwhile the God-fearing townspeople, led by a fanatic preacher with a connection to the events also, form a vigilante group to take the law in their own hands.


5.Beyond The Dunwich Horror

“Beyond The Dunwich Horror” was directed by Richard Griffin and stars Lynn Lowry, Jason McCormick, Jeff Dylan Graham and Michael Reed. Kenny Crawford arrives in Dunwich after hearing that his brother Andrew has been admitted to a psychiatric ward, and is suspected in a string of disappearances in the town. With the help of local reporter Marsha Calloway and the eccentric Upton Armitage he probes the last few weeks of his brother's life. As they do so, they uncover evidence of a plot in the works revolving around Andrew, his girlfriend Nikki Hartwell and her twisted friend Otto Bellinger.

“Credo” was directed by Toni Harman and stars Rhea Bailey, MyAnna Buring, Chris Courtenay, and Philip Delancy. A modern supernatural horror film that explores the dark side of the human psyche, and the terror in facing up to one's darkest fears. Set in London, England, the film begins with a group of theological students who decide to test their faith by proving the existence of Hell. Following their ritualistic summoning of a demon, the students are all found dead, apparently by suicide. Years later, a group of five final-year students are evicted from their student digs and break into the now abandoned Catholic halls of residence for the weekend, only to discover that they're not alone. 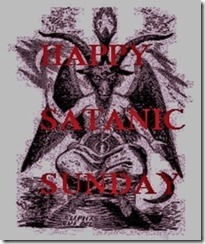