New Poster For “Wrath Of The Crows”

New poster released for Ivan Zuccon’s “Wrath Of the Crows”. The film stars Tiffany Shepis, Debbie Rochon, Tara Cardinal, and Domiziano Arcangeli. The film will have it’s debut screening on May 2nd at Cinespace on Hollywood Boulevard. Also hit up Ivan Zuccon website for many more awesome posters for the film plus lots more.

In a dirty and narrow jail, Larry, Deborah, Hugo, Hernest and Liza, the prisoners, are obliged to suffer injustices from the guards and from their chief, the officer. Yet above all of them there is the Judge. Nobody ever saw him, but he is the one that sets the rules and he’s feared from inmates and guards too. 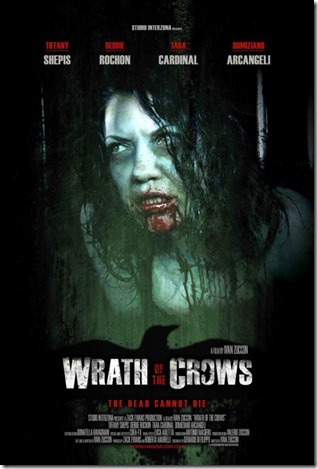