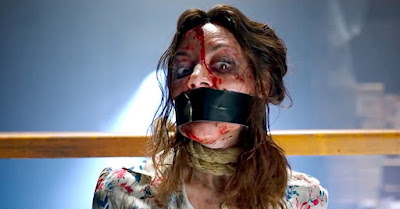 Plaza had this to say about the film to THR:

Buckle up. I love it so much. To me, the original is an iconic movie. I haven't seen our film, just the trailer, but it's a real throwback horror movie. It's almost got a Spielbergian vibe to it. The reason I did it was for how beautiful the script was. It doesn't feel like a hokey, shticky, campy movie. If you remember the original Child's Play, it was a drama! It wasn't that funny. As the franchise went on, it became something else. The remake really captures the original.

A mother (Plaza) gives her son (Bateman) a toy doll for his birthday, unaware of its more sinister nature.