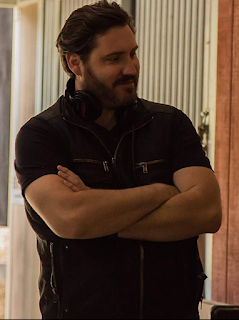 "Intensive Care" follows three low life criminals who plan to rob an elderly woman’s home, but her caregiver turns out to be a former special ops agent with an agenda of her own. Ex-special ops turned nurse gives the thieves a fight they will not win.

I recently interviewed Jared Bentley about "Intensive Care" and his influences. You can check it out below.

ASouthernlife: Where did the inspiration come from for "Intensive Care"?
Jared Bentley: My filmmaking partners and I were getting frustrated, attempting to get financing for a couple projects of ours, so we decided to take matters into our own hands and self finance a feature. We were only working with about a $100,000 production budget, and because the actors we wanted, needed to go with SAG, which meant that 20% would be taken up by fringe costs that don't end up on the screen.

So this meant we needed to come up with a concept that was mostly in one location, and did not have a lot of principal actors.
It initially was going to be a horror film, but co-writer/producer, Darrin Scane and I grew up on straight-to-video B-action movies as kids, so the writing kept moving more towards that direction.  Co-writer/producer, Eric C. Storlie's interests lie with more with indie, off beat films, so a lot of the humor and odd quirks were his influence.  All of us agreed that a strong female lead would be far more interesting than making Alex a man. So once that was decided, the story came together very easily.

ASoutherLife: How hard is the process of bringing together those action sequences as opposed to creating those moments on paper?
Jared Bentley: It's very complex and you have to have a lot of elements in place. Take the scene where Seth and Alex are being dragged by the truck.

I came up with the idea but I have never done anything like that before.   We knew we needed actors that were skilled and comfortable with doing their own stunts. And lastly you need a stunt coordinator and special effects coordinator that not only know ways to build it, but can do so safely and in a manner that can be duplicated numerous times. Oh, and in a way that costs very little money. It's no small order.

My father was a special effects technician his whole life, so I grew up around guys like that. So fortunately, when it came
time to do this film, I knew exactly who to call. Pete Porteous and James Fuentez are two old school guys who have worked in
the business for over 30 years, so we were in good hands.

ASouthernLife: Is there a lot of compromise, and does it making finding actors capable of meeting such a huge challenge?
Jared Bentley:  There can be compromise, but fortunately not for us.   We knew we did NOT want to use stunt doubles on this as it's more costly and the quality is compromised.  I'm a big fan of the John Wick movies, as well as Mission Impossible. One of the elements that make those films so successful is that their lead actors ware wholly committed to doing the stunts, and it adds so much to the film, seeing and knowing this.

We were about 6 weeks out from production and we still didn't have our "Alex".. We were having a difficult time
finding someone that was the whole package: someone that could act well on many different levels, do their own stunts, and was willing and available to be in a low budget movie by an unknown production company. Fortunately, Kevin Sizemore, who plays "Seth" int he film, and who is also a producer on the project, knew about Tara. I saw her stunt reel and knew that that would be the easy part for her. And when she came in to read for the part, we were all so relieved because she was able to seamlessly switch between tough, vulnerable, funny, and sexy the way that he character needed to. 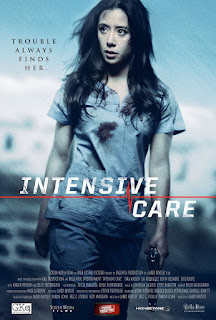 ASouthernLife: I guess it helps when your leading actor,  happens to be a stellar stuntperson. What was it like working with Tara Macken?
Jared Bentley: Tara is such a badass. Her stunt credentials and nearly unrivaled. But beyond that, her work ethic and professionalism set the tone for the entire shoot. Which is so important. People take their cues from the lead of the film, and if they are weak or are not committed, the rest of the cast and crew quickly follow.  She was game for everything we wanted her to do. 15 takes of an intense, long fight scene? Sure! Throw you through a wall? Sure! Hang you? Sure!

ASouthernLife: What other projects do you have in works?
Jared Bentley: We have a high school suspense thriller called Covetous, that we like to say is "Dexter meets Glee" or "Mean Girls meets Death Wish". We also have a kind of "Silence of Lambs" type Sci Fi/Crime thriller called The Conductor.  Each would require a higher budget than Intensive Care, so we looking for financing or co-production opportunities. On a different note, we have a college comedy called Class of 95, but right now, indie comedy is dead so hopefully that will change soon.

ASouthernLife: Who were some of the directors who inspired you growing up,  and first starting out in the film industry?
Jared Bentley: As a kid, it was Spielberg. Raiders of the Lost Ark is still my favorite film.  Then I became obsessed with Kubrick, mainly for his dogmatic technical prowess and innovation..  We are very spoiled by CGI now. If you can think it, you can make it. It wasn't that long ago that this wasn't true, and Kubrick advanced technology more than anyone in film. Watching Dr. Strangelove, when I was 16, was the first time I ever saw a film as something more than just entertainment.

Some of my less popular influences were Howard Hawks and Tony Scott.  Hawks for his story telling and fresh dialogue, and Scott for this visual style.  And of course Quentin Tarantino. Pulp Fiction was not only a film, it was a cultural touchstone. It's very rare for that to happen. And he is still one of the most unique, edgy, and inimitable voices in film.

You can read my review of "Intensive Care" here: http://asouthernlifeinscandaloustimes.blogspot.com/2018/12/my-review-of-intensive-care.html?
Posted by A Southern Horror Fan