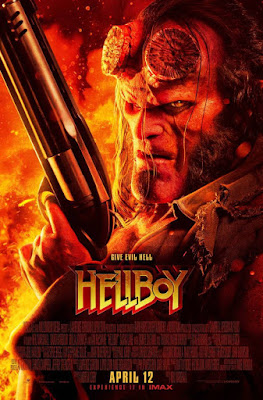 The official, bloody, trailer has been released for 2019's "Hellboy". Lionsgate dropped a special red-band trailer for the film set to be unleashed in theaters on April 12th. "Hellboy" is directed by Neill Marshall and stars David Harbour, Milla Jovovich, and Ian McShane, Sasha Lane, Penelope Mitchell, with Daniel Dae Kim.

Based on the graphic novels by Mike Mignola, Hellboy, caught between the worlds of the supernatural and human, battles an ancient sorceress bent on revenge.