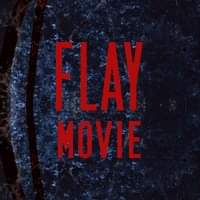 After being held up since 2016 in a court battle with Sony, indie horror "Flay" has finally gotten a release date. The film, produced by Phame Factory, was accused of ripping off "Slender Man". Now,  after a settlement, "Flay" will be released April 2nd on Digital.

Returning home after the mysterious death of her mother, an estranged daughter struggles to reconnect with her brother and escape the curse of the faceless spirit who haunts them.