"THE SUCKLING" Coming to Blu-ray This March 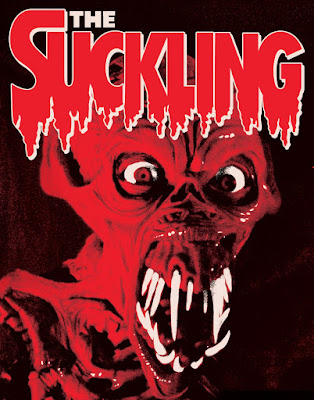 THE SUCKLING Coming to Blu-ray This March from Vinegar Syndrome


This special limited edition embossed slipcover (designed by Earl Kessler Jr.) is limited to 1,500 units and is only available here at VinegarSyndrome.com!

After being tricked into having an abortion at Big Mama’s underground abortion clinic / brothel, a young woman’s extracted fetus is flushed into the sewer system wherein it’s exposed to toxic waste and begins to mutate into an ever growing and increasingly bloodthirsty monster. The girls, johns and other assorted weirdos find themselves trapped inside the brothel where they are forced to face off against the agitated, prenatal creature, as well as each other, in a high stakes quest to stay alive, or at least in one piece.

An offbeat and gleefully violent monster horror-comedy from one time director Francis Teri, THE SUCKLING blends gratuitous gore, nonchalant T&A, and a sly side helping of social commentary, resulting in a distinctive 80s horror indie gem. Vinegar Syndrome presents this direct-to-video favorite on Blu-ray in the US for the first time, in a brand new 2k restoration made from its original 16mm camera negative.