Second Trailer Released For "Beasts Of The Field" 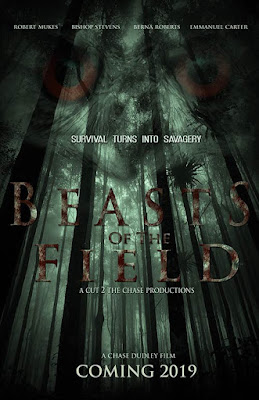 A second trailer has been released for indie horror "Beasts Of The Field". The film is directed by Chase Dudley from a screenplay by Brentt Slabchuck. "Beasts of the Field" stars Gregory Blair, Amber Dawn Fox, Ashley Nunes, Savannah Shaffer, Tory Beckham, Patrick Alred, and Keith Nicholson.

Beasts of the Fields follows a delusional cryptozoologist and a psychopathic television presenter on an amateur expedition into wild forests in hopes of finding the legendary Thunderbird, which they believe is the ancestor of a prehistoric Pteranodon.