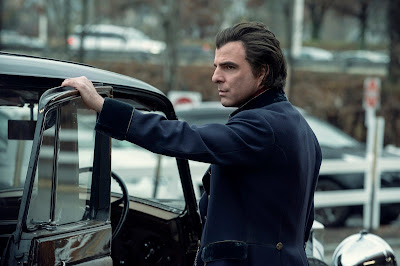 The first teaser trailer has been released for AMC's series 'NOS4A2',  based on the novel by Joe Hill. The teaser aired during the mid-season return of 'The Walking Dead'. The series will air this summer on the network.

Set in blue-collar New England, the story is a coming of age tell centering on Vic McQueen (Ashleigh Cummings), who discovers that she has the power to find lost things. Her gift sets her on a collision course with Charlie Manx (Zachary Quinto), a mysterious supernatural villain who kidnaps children in his Rolls Royce Wraith.

Manx periodically has to rejuvenate himself and does so by feeding on the life forces of children before taking them to the Christmasland, a world he created.