"TANGENT ROOM" IS THE SCI-FI THRILLER THAT'LL HAVE YOUR HEAD SPINNING! 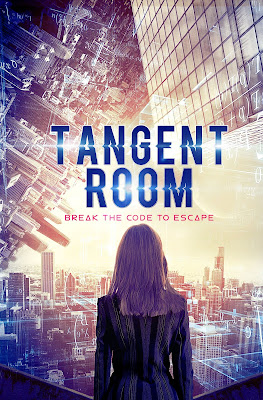 Epic Pictures is thrilled to present the key art and the trailer for the sci-fi thriller, TANGENT ROOM, releasing on March 5, 2019!

Synopsis: Trapped in a mysterious room with no escape, four brilliant minds race against time to prevent a cosmic collapse of the universe. They must learn to work together and solve the puzzle before it’s too late.

TANGENT ROOM is written and directed by Björn Engström, and starring Vee Vimolmal, Lisa Bearpark, Håkan Julander, Jennifer Lila, and Daniel Epstein.
"I found a research paper explaining how measurement data from the space experiment WMAP could be interpreted as scrape marks caused by a parallel universe scraping against our own," says writer and director, Engström. "I immediately got a story in my head: What if this collision between universes happened inside a room? And what if four scientists have to figure out what is going on before it kills them? This idea fed my imagination and I wrote the first draft of the TANGENT ROOM screenplay in a matter of weeks."