“The Laplace’s Demon” Coming to VOD This February. 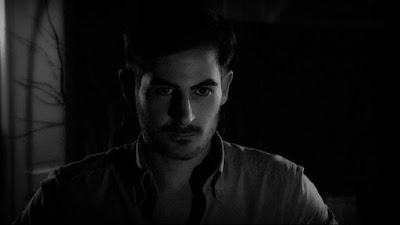 Reel Nightmare Films is bringing “The Laplace’s Demon” to iTunes, Amazon Prime Video, Google Play and more On Demand platforms in the U.S. and Canada on Friday February 22nd.


The critically-acclaimed horror feature by Giordano Giulivi has been a favorite of the horror film festival circuit, winning multiple awards at Screamfest in Los Angeles (including Best Score, Cinematography and Visual Effects) and scaring audiences worldwide at the recent editions of the Fantasia Film Festival in Canada and FrightFest in the UK.
The official synopsis reads: “A team of fringe scientists researching a way to predict the future are trapped by a malevolent professor in a deadly test of their own experiment.”
“The Laplace’s Demon” is inspired by the theory of the same name, which concludes that the universe is a huge clock where humans are nothing but its cogs: predictable and incapable of free will. “The Laplace’s Demon” has been praised by several horror publications such as Horror Freak News for its “nail-biting suspense and jaw-droppingly impressive story.”
“It’s part Hitchcock, part Twilight Zone and part Giallo,” says Armand Petri, Head of Operations of distributor Reel Nightmare Films. “’The Laplace’s Demon’ is a genuinely scary horror film that you will not forget.” Adds Petri, “We are honored to be releasing such a memorable project.”