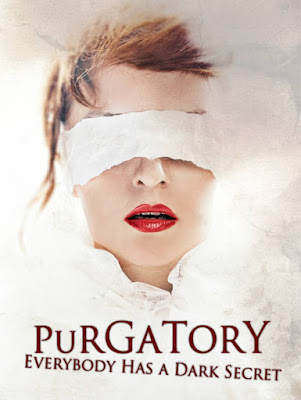 SGL Entertainment has announced the pre release of psychological thriller PURGATORY exclusively on Amazon Streaming Movies. This is the U.S first time release, having previously been released in foreign markets. For now, the movie can be seen only on Amazon to Rent or Buy. Later in 2019 PURGATORY will be Released on Blu-ray, DVD and VOD in US and Canada.

https://www.amazon.com/Purgatory-Jorka-Decroubele/dp/B07GZ5GCkx
After being locked up in an institution for several years for a personality disorder and murder, Kristen Birger is released on parole. By means of therapy the medical staff of St. Carrol’s Psychiatric Institution instructs her to return to her former apartment where she committed the crime seven years earlier. The moment she arrives at her flat, past and present seem to take her on a rollercoaster ride of fear. On top of that, a mysterious man and religious fanatic, living in the room next to hers, has a hidden agenda. And, that’s when all HeLL breaks loose.
Posted by A Southern Horror Fan