Horror Takes On The Little Mermaid This Fall 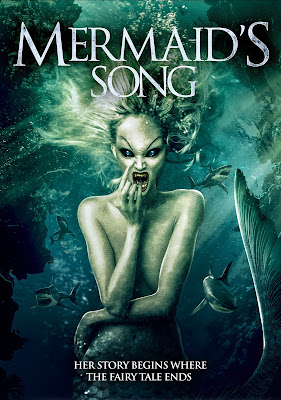 Hans Christian Anderson's THE LITTLE MERMAID gets the horror treatment with MERMAID'S SONG, starring GAME OF THRONES' Iwan Rheon, premiering on VOD this week. A fairy tale classic goes under the frightening sea this September with Mermaid’s Song, premiering on digital from Wild Eye Releasing.

A dark homage to Hans Christian Anderson’s The Little Mermaid, and starring Game of Thrones’  Iwan Rheon, the film is set during the 1930s depression and tells of young Charlotte, who is struggling to keep the family business afloat. When gangster Randall offers to pay off the family debt - he demands some illegal changes to the business. But Charlotte, like her mother before her, is a mermaid capable of controlling humans with nothing but her voice, which creates a battle between all of those who want Charlotte's magical powers for themselves.