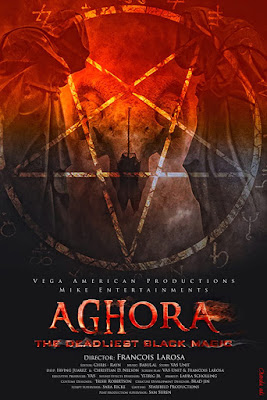 Presented by Mike Entertainments and produced by Vega American Productions, "AGHORA: The Deadliest Black Magic" is guaranteed to chill Austin audiences to the bone with pure terror during its citywide theatrical run at three Alamo Drafthouses locations: Mueller, South Lamar, and Lakeline.
A clash of black magic and high-tech science directed at her from two fronts sends Jenny into a downward spiral of psychic pain, physical torture, and spiritual torment as she finds herself the terrifying subject of both an obsessed stalker and vindictive co-workers on a mission to destroy her.